How many of you feel your heart sinking when a mist descends over the river? 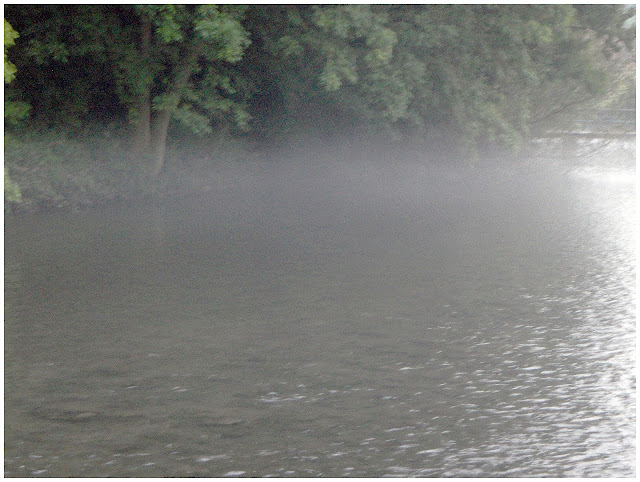 It is hardly a boost to one's confidence.  Nevertheless, mist descending is really just another set of conditions that you have to make a decision or two about.  Tonight the mist came down over the water and the first instinct is "Oh dear!  That will switch the fly activity off.  Maybe it is time to go home?" 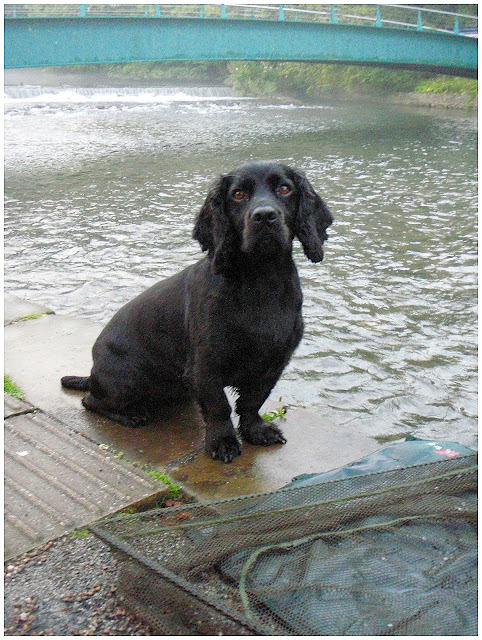 The thing is though, Henry and your regular rod had only just emerged from a day indoors, processing films and photographs.  (Yes some of us still use film as well as megapixels.  That's another story for another time perhaps...)  Going back indoors was not really what we had in mind.  So...

The conditions meant the first decision was to persevere and do our best.

Lo and Behold!  Some fly activity was still happening.  The hatching flies had more or less packed in for the night but the spinners were committed.  Their energy packets can't last indefinitely.  Mated females with fertilised eggs have got to complete their missions.  So at least some of the spinners out tonight had to come back to the river.  This they did in sufficient numbers to make some fish prepared to rise for them.  It was not a night of furious activity but there were enough fish interested in the dead and dying spinners to make fishing for them a worthwhile proposition.

The usual PPS was deployed and casting to the intermittently rising fish proved just effective enough to make the night a delight instead of a fruitless struggle.  The tally was a modest leash comprising: one very fine female grayling; one very strong two pound plus brown trout that fought a very hard fight until the big, long-handled, net was lifted; and finally a splendid wild rainbow trout that when carefully released, behind a stone in the edge that makes a pocket of slacker water giving released fish a sheltered spot to full recover in, simply flew, like an arrow, back whence it came and eschewing the sheltered water completely!!! 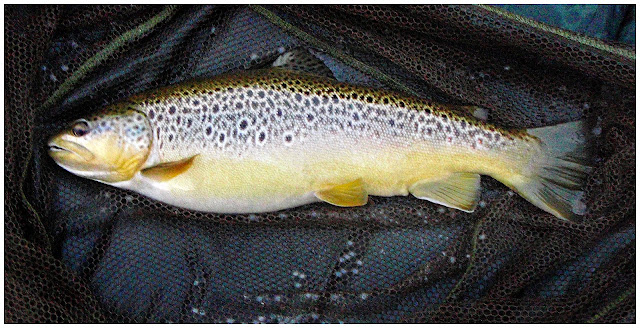 The second decision was made.

Pack up and go back home!

It had been a splendid hour and anything else was going to be an anticlimax.  Go home happy, rather than go home in disgust at the mist.

Surely a just reward for ignoring the doctrine and instead having a try?