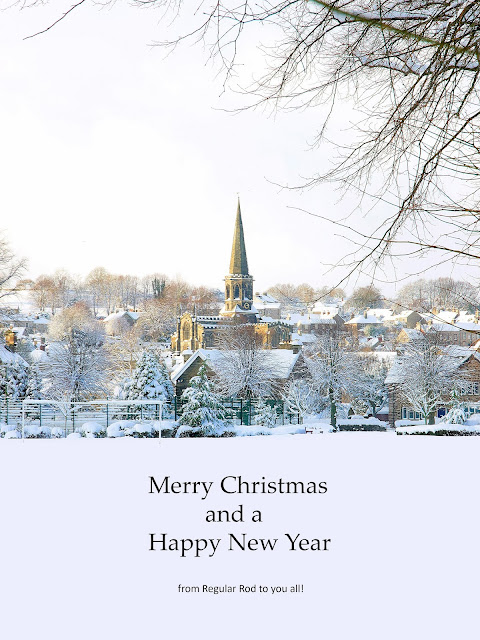 and from Henry (he wears his hair shorter nowadays...) 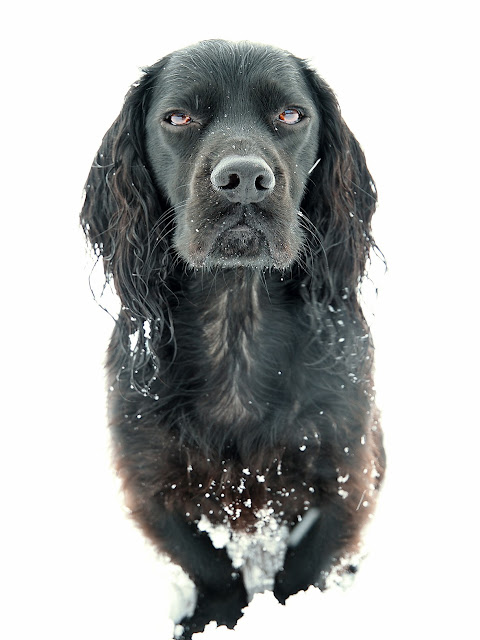 We had some gales a few weeks ago.  Several trees were blown down.  I wish they were all those dreadful aliens, the sycamores!  No, instead native willows have been the "victims".

Do you remember this picture?

See the big willow on the left?  That was a favourite place for me to sit cross legged on the willow's roots and side-cast up to the fish on station in the various feed lanes below the weir's lasher.  It was low down and it was easy to be inconspicuous down there below the sky line.

Now look what has happened.  The willow was blown down.  Jan managed to get some of it to pop up again by sawing off lengths of trunk until the weight of the root ball was sufficient to drag what's left of the willow back to an upright position.

Instead of a nice little hidey-hole to sit in, the roots are now a pulpit!  It will be tricky to fish there and not be noticed.

It's not all gloom and doom though.  Jan has saved the tree from total extinction and the trunk will make a splendid pollard in a few months and eventually it will boast a fine Afro-hairstyle like a massive pompom on a stick.  The flies will still land on its leaves to rest and change their skins.  The wren will still creep around those leaves grabbing some of those flies.  A fish may even take up residence under the overhang made by the now airborne roots...

This isn't the first tree to be salvaged by the keepers in making it...  Pop Up!

Regular Rod
Posted by Regular Rod at 19:56 No comments:

Different but the same...

My mother river, the Derbyshire Wye, which taught me so much about dry fly fishing, is said to be only 15 miles long.  In that 15 miles it changes from a moorland trickle of surface water, constantly dripping out of the blackest cauldron of peat you could imagine, to a splendid, limestone, spring-fed river full of life and beauty.  I usually fish along the last few miles, where the land is fat and the river is a peaceful thing, meandering through the almost level pastureland between Bakewell and Great Rowsley.  A few miles upriver the scene is quite different.  The surroundings are steep sided "Dales".  On several occasions I have had the privilege of fishing up here as a very honoured guest and it is a delightful place to be.  There is a footpath open to the public alongside its true left bank and from time to time, in winter, I like to wander along here with a camera.  Last week, hoping to aid recovery following some minor surgery, I went on such a walk and fell in love with this piece of large woody debris.  A photograph simply had to be made in homage to the power of the river and this now dead, but still useful, tree.

What do you reckon to it?