How to Whip Finish Your Flies

How to never lose your whip finish tools?  Keep them attached to your hands!  That way you can always find them.

Hand of Man or Hand of God?

You will no doubt recall that your faithful blogger has been know to interfere with Nature sometimes...  You might like to consider two examples of locally changing the way the water works in a river.

The first came about when the waders had been donned after the season to clear some rubbish from the river.  Discarded plastic bags are an abomination and so it was decided to get in and get them out.  The opportunity to try something to augment the effect of a little peninsula was just too tempting.  Twenty minutes of picking up stones and placing them in a line resulted in a submerged cobble croy. about nine inches high and about four feet long.  The croy was angled to point diagonally up river and even in low water conditions it could be seen that it had an immediate effect.  There was a nice crease in the current running downstream for quite a few yards from the croy.  This also created a longer eddy than was previously formed by the little peninsula alone.  The hope was that this would increase the fish holding properties just here, especially in high water.

Well it seems to have worked quite well.   This video below shows you how it is working in high water.  The leaves drifting on the surface let you see the upriver direction of the eddy between this bank and the main current.  Yes it is interference and it was done for selfish reasons, to persuade more fish to take up station here.  Hopefully you will not think ill of your correspondent.  It was a well intended act and if it spoils anything, it can be shifted...

How about when God locally changes the way the water is working?

We had some storms recently and this big Weeping Willow was pruned somewhat as you can see by the below picture... 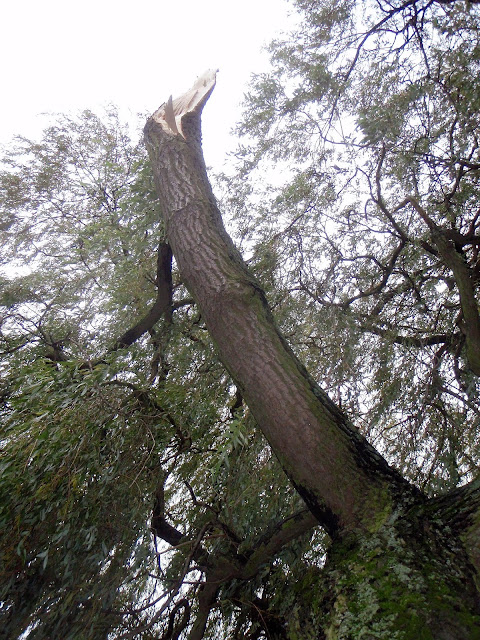 Down river the, rather large, bough came to rest at the tail of a pool below a large island.  I hope it stays there!  Just look at how it is already causing the flow to scour away at the gravel. 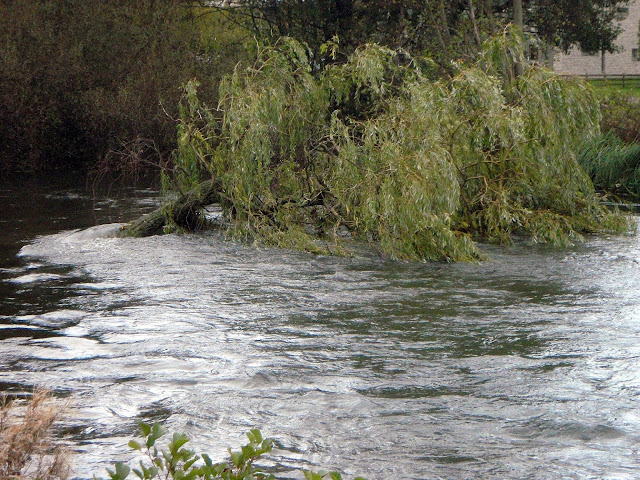 The river bed rises here a little and might be just what the bigger female trout may want for a new place to make redds and wait for husbands around Christmas time. 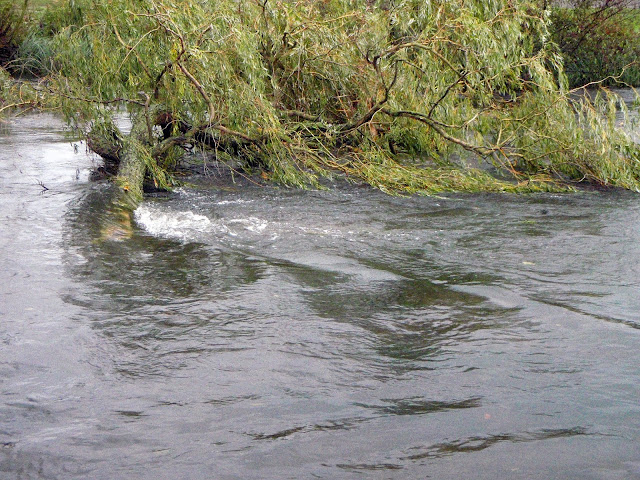 The danger trout face when on the redds comes from piscivorous birds.  On some redds they are easy prey, with nowhere to escape to nearby.  Those trailing branches and fronds of willow are perfectly placed nearby to the newly cleaned gravel for just such emergency escape routes.

So here we have a couple of local changes to the river, its flow and its bed.  Of the two I have a strong feeling that this one made by God will be much more productive and longer lasting...


That is unless someone interferes and pulls out the willow bough!

Why join the Wild Trout Trust?

It's not a perfect organisation but, in the UK, the Wild Trout Trust takes some beating for getting the most out of your donations and membership subscriptions.


This video gives one answer to the original question...