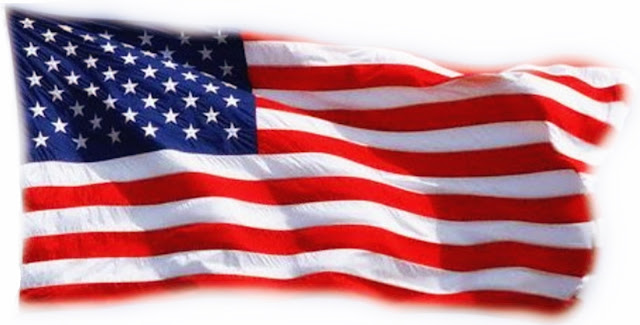 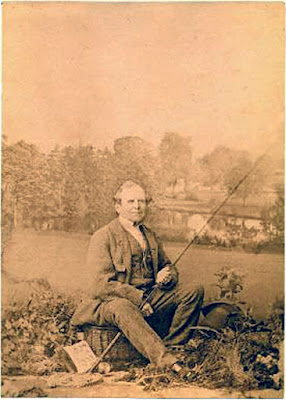 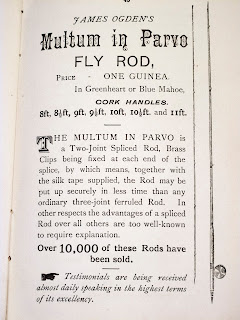 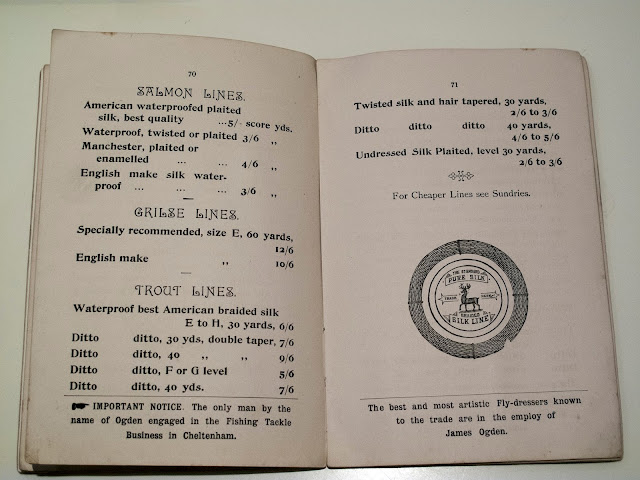 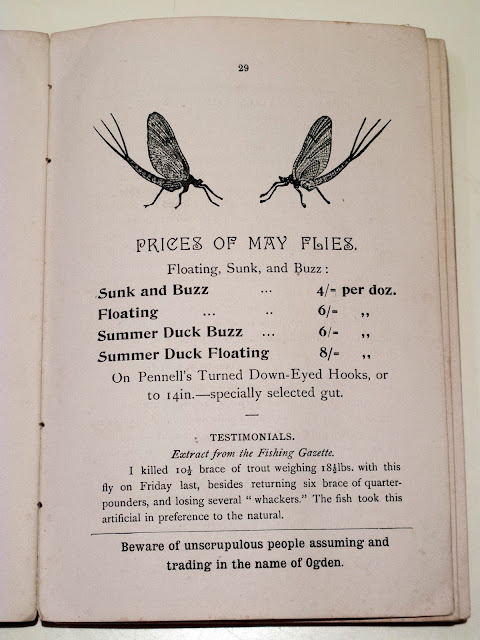 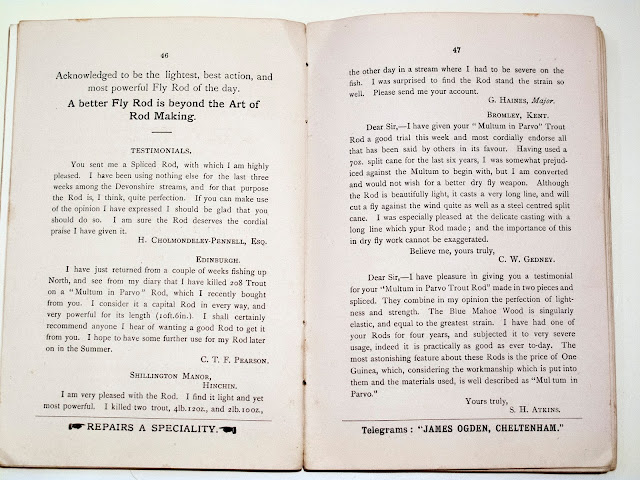 Yesterday was a lovely day.  A short bike ride in the morning to get the legs buzzing, luncheon with family and then downriver in the afternoon and staying on for the evening rise with Henry.  It was hard going in the heat as there are no connecting "rides" mown into the very long grass in the top meadows, so we walked briskly down river by the waterside, scaring the fish as we travelled.  Never mind, by the time we turned to work our way back up river the fish would be calm again and feeding in earnest.

We had some fine Sport in Elliott Holme Wood.  Your blogger with fish eating midges. Henry hearing pheasants (but, in obedience to his friend, not going after them).


He knew that a pause by the run above Elliott Holme would be likely and kindly waited for me to sneak in on hands and knees as usual...

Experiments in the past with attempts at making the perfect fake midge have all so far ended with the Scottish verdict "not proven".  The conclusion being it might be better to simply carry a choice of tiny Sturdy's Fancy and Grey Duster flies instead of the new experimentals... So a small Sturdy's Fancy was deployed and the grayling and wild rainbow trout conveniently tried to eat it.


The grayling seemed to follow the fly for a yard or two before taking it and the fly had to be correctly placed on the conveyor belt before they would begin to follow it.  On the other hand, the rainbow trout would move almost as much as a yard to intercept it and an almost sloppy cast would do.  Quite distinctive differences in the way the two species behaved.

The sun went below the horizon just as we reached a pool where we face into the west.  This is a very convenient position to be in during an evening rise, as the water reflects the colour of the sky and the fly can be seen quite well even though it is going dark.  The rise forms were now clearly the oval shape of fish feeding on spinners so the Poly Prop Sherry (PPS) was put into service with a fresh length of tippet just in case the older length had picked up any damage, such as abrasion, during the previous few hours.


At last we found brown trout.  Much appreciated as the wild rainbow trout and grayling are, some brown trout make the day perfect.

Here is the puzzle though.  During the day not a single Blue Winged Olive dun had been seen.  The fly on the menu was midge.

So where did all the adult female Blue Winged Olives (the Sherry Spinners) come from?

Where were the duns in the daytime?

The answer is that the bulk of the duns round here. in high summer, seem to hatch at two or three in the morning.  Those Sherry Spinners are the adults from at least the previous night.  It will change again as the summer ends but right now, if you see a dun flying about in the heat of the day it is unlikely to be a Blue Winged Olive.

(As ever just click on a picture for a closer look...)


Regular Rod
Posted by Regular Rod at 11:02 No comments: