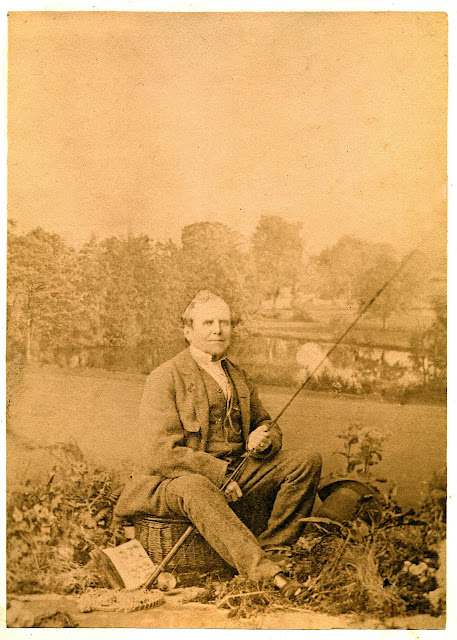 Yesterday was the 147th Anniversary of the day that James Ogden demonstrated to the Duke of Rutland's steward, Robert Nesfield, that the floating artificial mayfly would "kill" during the drake.  By way of celebration it is your faithful correspondent's habit of going out with a rod built by James Ogden in the 1880's and attempting to prove that the efficacy of the floating artificial mayfly still applies to the Derbyshire Wye.  You can read about James Ogden in this old newsletter.

Henry came along and was surprisingly well behaved except for his insistence on trying to "help" with the landing of the fish. 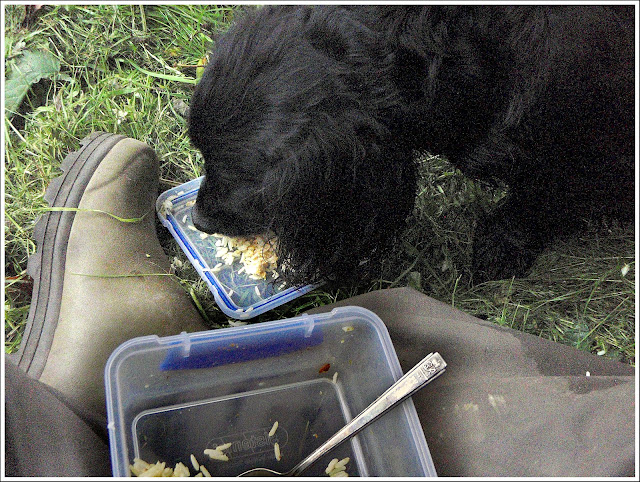 We both like chicken and rice so we shared luncheon more or less 60:40 in my favour!

It was a breezy day and the drake were around in batches.  One moment the river was devoid of drake, suddenly there would be many dozens for five or ten minutes and the fish responded favourably.  Then it would all go quiet for a while until it started again maybe half an hour later. 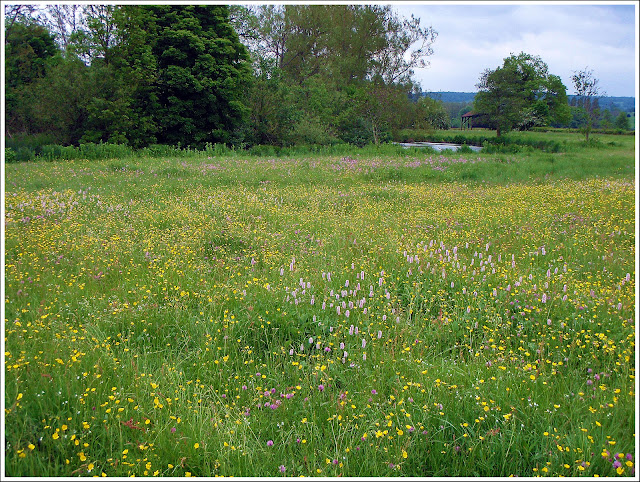 The mead above "Black Barn" was glorious with wild flowers.  It was worth the walk just to see them.

This crudely joined together image illustrates why the trout was "satisfying to catch".  It came from under the far bank on the extreme right by those laid over dead stalks from last year.  The cast had to be winkled in and out of the "letter box" on the extreme left and swung across the river, whilst yours truly hid behind the alder just visible on the right hand edge of the picture on this bank.

Of course if wading was allowed here it would have been a simple thing to approach from directly below and make the easiest of casts to betray the fish, but then the merit of this "meritocracy" would just disappear making both fish and anglers all the poorer for it.