This blog does anyway...

Last year about this time I reported on the rise forms telling me which fly to try and I ended up using the Poly Prop Sherry (PPS) to pleasing effect.  Recent evenings this year have delivered great results on variations of the PPS that I am trying, which have their bodies made with an alternative to Seal's Fur.  Tonight, in my enthusiasm to continue the trials I started with my synthetic bodied PPS making the error of not OBSERVING the rises carefully to determine what the fish were eating.  I kept missing that nose angle that gives the clue to consider a fake of a midge type fly. 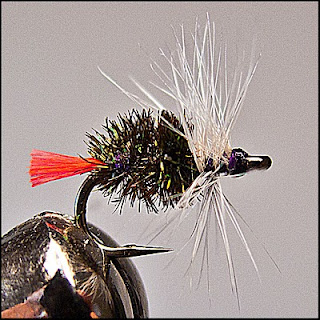 With no fish eating my PPS I was brought to my senses and so after watching carefully the angled upwards nose showed so frequently in the rises that midges surely must be on the menu.  The fly was changed to a traditional fake for midges and reed smuts and the like, the Sturdy's Fancy on a size 20 Drennan Super Specialist hook with an eye just big enough for the 5x tippet to be threaded through.  With such small flies the instinct is often to put on a much finer tippet but 5x gives you more chance of avoiding a break if you end up with a zoo creature on in the dark. 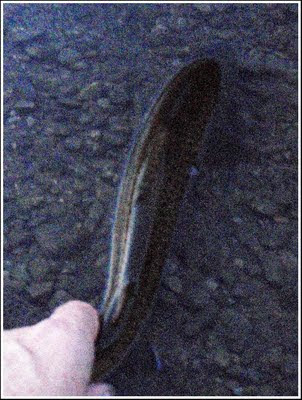 The results were remarkable. Fish after fish came to the fly and so it became necessary to move from pool to pool in the fading light to avoid hammering the fish too much in each spot.  It was actually a very easy night and a time for restraint.  So after a nice brown trout returned at only 21:40, the line was reeled in followed by a pleasant stroll home in the sultry and scented night air.

It is on nights like tonight when I am convinced once again that we are truly blessed to be anglers...