... or the heights and depths of Fashion a la Mode!
On Monday I had the pleasure of taking a guest on the delightful river Lathkill on the Haddon Estate.  He is in his second season of fly fishing and had come to fly fishing directly rather than via another branch of our noble Sport.  This meant that he was somewhat at a disadvantage with his clothing.  Dry fly fishing is as demanding as stalking chub or carp.  In normal conditions the fish must not be aware of your presence at all if you hope to trick one or two of them into eating your fly. 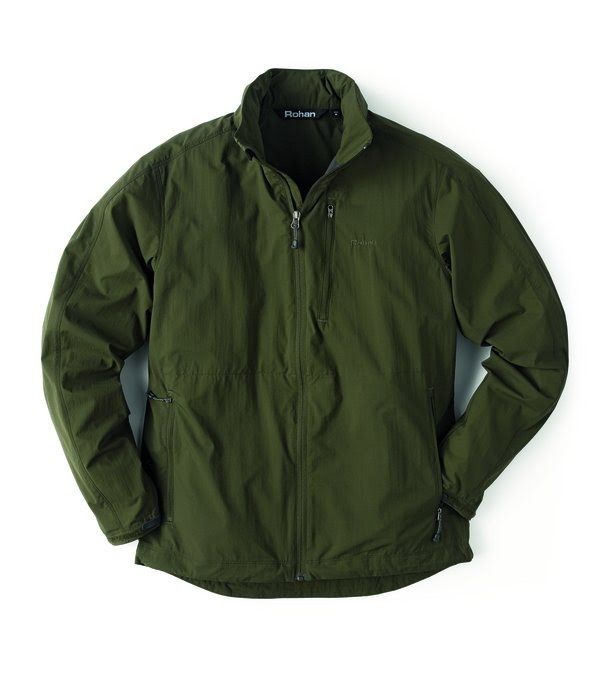 His light blue shirt simply had to be covered up, so my new Rohan Windshadow jacket in "Trail Green" was put into service.
He had a hat but it was a cap, so only had a peak rather than a full brim to shield the back of his polarised spectacles from stray light.  No spare hat being available he had to manage with what he had.  It was dark blue so that was not quite so bad as some of the pale coloured hats that can be seen worn by many anglers.  Anyway, we had a fine time that we both enjoyed enormously and by hiding as much as possible some fish were caught.  Equally many other fish were not caught, mainly because they saw us and promptly disappeared.

To hide you have to get down low.  This can mean kneeling, crawling, lying and sitting down.  So as well as paying attention to the top of your body - your head after all is the first part of you the fish are likely to see - you must attend to the lower body as well.  Here is where overtrousers can make the greatest improvement to your chances of staying hidden from the fish.  Even on a hot day it is worth suffering their extra heat to avoid the unpleasantries of thistles, nettles and puddles of outrageous fortune awaiting your lightly clad nether regions.  No need to spend a lot on overtrousers, look at these that I got for only £30!
If you haven't already done so, treat yourself to some drab clothes like an olive green shirt, a similar coloured hat with a wide brim to shield the back of your polarised spectacles and some overtrousers to let you crawl along the ground with impunity.
Regular Rod