2018 will be remembered for its persistence in reverting back to winter after every brief spell of sun!

It brings to mind the old music hall joke about the English summer: "Oh we had a wonderful summer last year.  Unfortunately I missed it...  I was shaving at the time."

Here we are, almost a month into the season and the wind is cold, the sky is leaden and the flies are showing themselves only in little flurries of activity.  Today the Lathkill, that beautiful, limestone spring-fed tributary of the Derbyshire Wye, was calling.  This winter the keepers had worked very hard on giving this beat its pentennial "haircut" so a natural curiosity to see what things were like was only to be expected.
The river looks amazing.  There has been so much rain this year that the flow, which usually chuckles along, today was steaming through like a mountain torrent.  The fly line had to be managed at break neck speed to maintain contact with the fly.  The river may be high and swift but the water is as clear as gin.  Too much caution therefore could not be exercised in the approach.  Crawling into position was still vital.
﻿
﻿﻿There were some Large Dark Olives skittering about on the surface, dragged hither and thither by the erratic breezes.  Not one was being eaten.  Very occasionally a singleton Grannom would appear and, in one or two cases, these were eaten... with alacrity!  On with the Fresh Grannom then onto the knees and a careful sneak into position.
Waiting and watching was frustrating for Henry but he behaved himself and refrained from distraction so that his pal could concentrate on the quarry.  The first fish was a brown trout typical of this water, dotted to perfection and with bright red rays to the lower edge of her tail.  This strip of red was augmented by the red adipose fin giving the impression of redness all over, although buttery yellow was the predominant colour really.

All were brown trout except for one wild rainbow trout that zoomed all over the pool twice before being tricked into the net.  Henry was very relieved to see it there (so was I)...

The "haircut" has been a success.  Casting here is now quite easy yet the fish still have their overhangs and other cover to lurk in.  It's a beautiful place and, even though we are still under the cold hand of a late winter, there is Sport to be had, if we turn up to fish.
The Grannom is really over now, so don't waste time tying any up for this year.  Just makes sure you have some for April 2019!

On St. George's day there were Hawthorn flies about, which meant they were two days early, St. Mark's day is when they are supposed to appear.  Next week they will be around so Charles Cotton's Black Fly will most likely be the best bet, especially if we finally get a bit of sunshine... 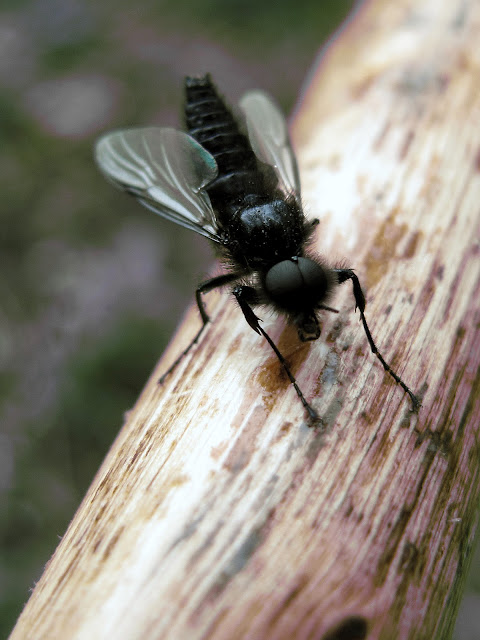 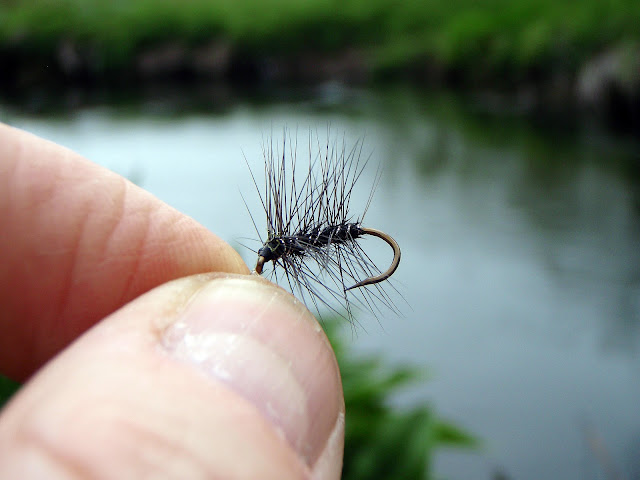