Sixty years ago to this very day, your faithful blogger was taken fishing for the first time with a "proper" rod and reel, instead of a stickleback net, or a garden cane, cotton and bent pin.

The method was float fishing and the bait was maggots and worms.  The quarry were "coarse" fish.  "Coarse" is a silly name we English give to fish without adipose fins.  There is nothing "coarse" about these fish.  They include some of the most beautiful fish on the planet.

The young tyro was being introduced to the art of angling by his paternal grandfather and the method was known in those days as "Sheffield Style".  "Sheffield Style" means fishing with very fine line, tiny hooks and floats that need very little shot to cock them.    Coarse anglers had distinguishable, regional styles of fishing in those days and you can find out more of this phenomenon by reading the book "Fishing. British Sports Past and Present" by Bernard Venables, Published by B T Batsford Ltd, in 1953.

Today I was the lucky guest of a very good friend on a private estate lake and the method used was exactly as it had been on 16th June 1956.  Grandad would have been familiar with every aspect.  He would have certainly been familiar with HIS Speedia centre pin reel that was being put to use on this special occasion...

All went well.  The first fish was a roach, the next seven were perch, the ninth was a rudd and two more perch finished the day nicely.  The landing net was needed for just one fish, exactly as it had been sixty years earlier.  The net would have been unfamiliar to Grandad as modern knitted pan bottomed nets had yet to be invented in 1956. 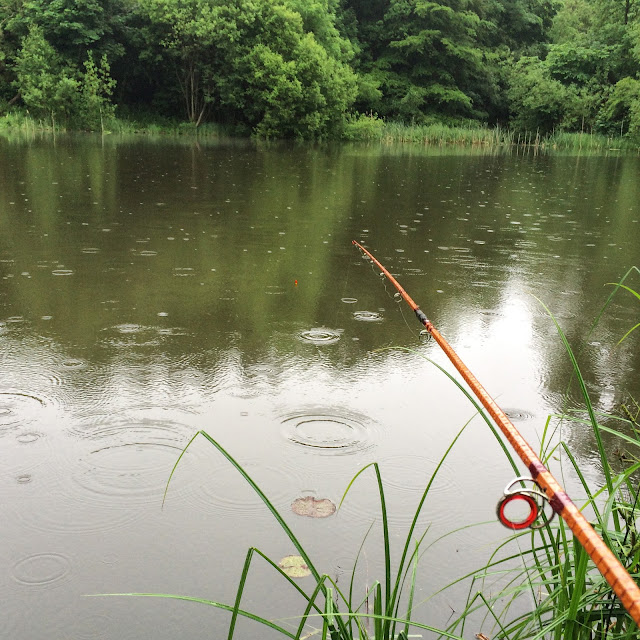 It was a good day, in despite of the rain, and it was a pleasant change to be watching a float instead of a dry fly.  A change is said to be as good as a rest, in this instance it was much better than a rest!