So claimed Woody Allen in an interview some years ago about his career.

Yesterday it was the turn of Peter, the Wild Trout Trust winner of the auction lot comprising a day's fishing in Duck Holds Wood, to prove that claim.

Only the day before I'd offered him the chance to literally take a rain check.  I'm very glad he declined the offer, preferring to stick to our arrangement to meet at the Peacock in the morning and go to Duck Holds Wood together for a day of dry fly fishing.

We had a good time between rain showers.  First we wandered together from the downstream limit up to the top limit and Peter opened up the day by catching a wild rainbow trout at the top end in the pool known as "Upper Eddies".

This coincided nicely with lunch time so back to the "fishing house" and some grub and a shared pot of Kelly Kettle tea and then, we split up so Peter could have some solitude whilst he worked his way slowly back up the river. 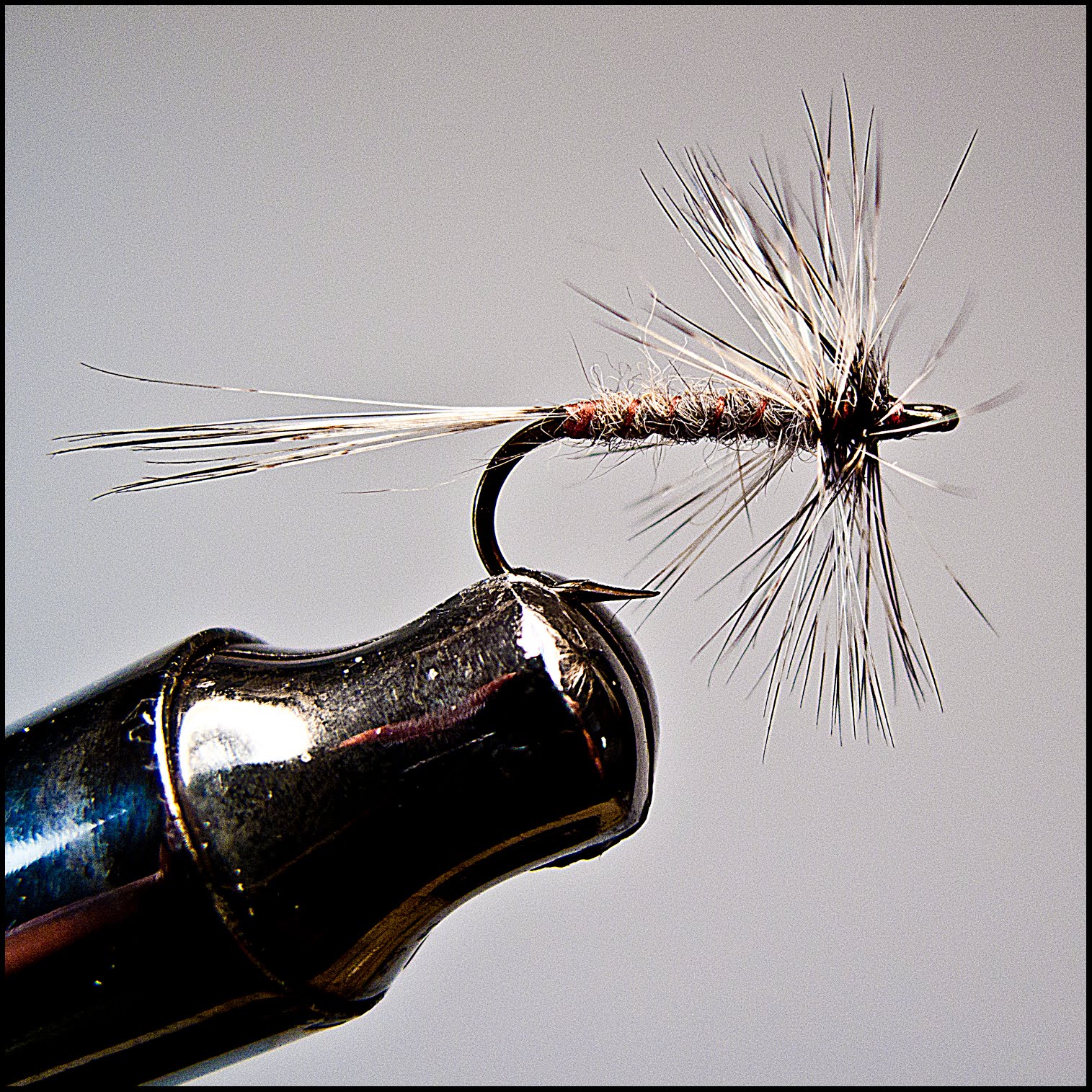 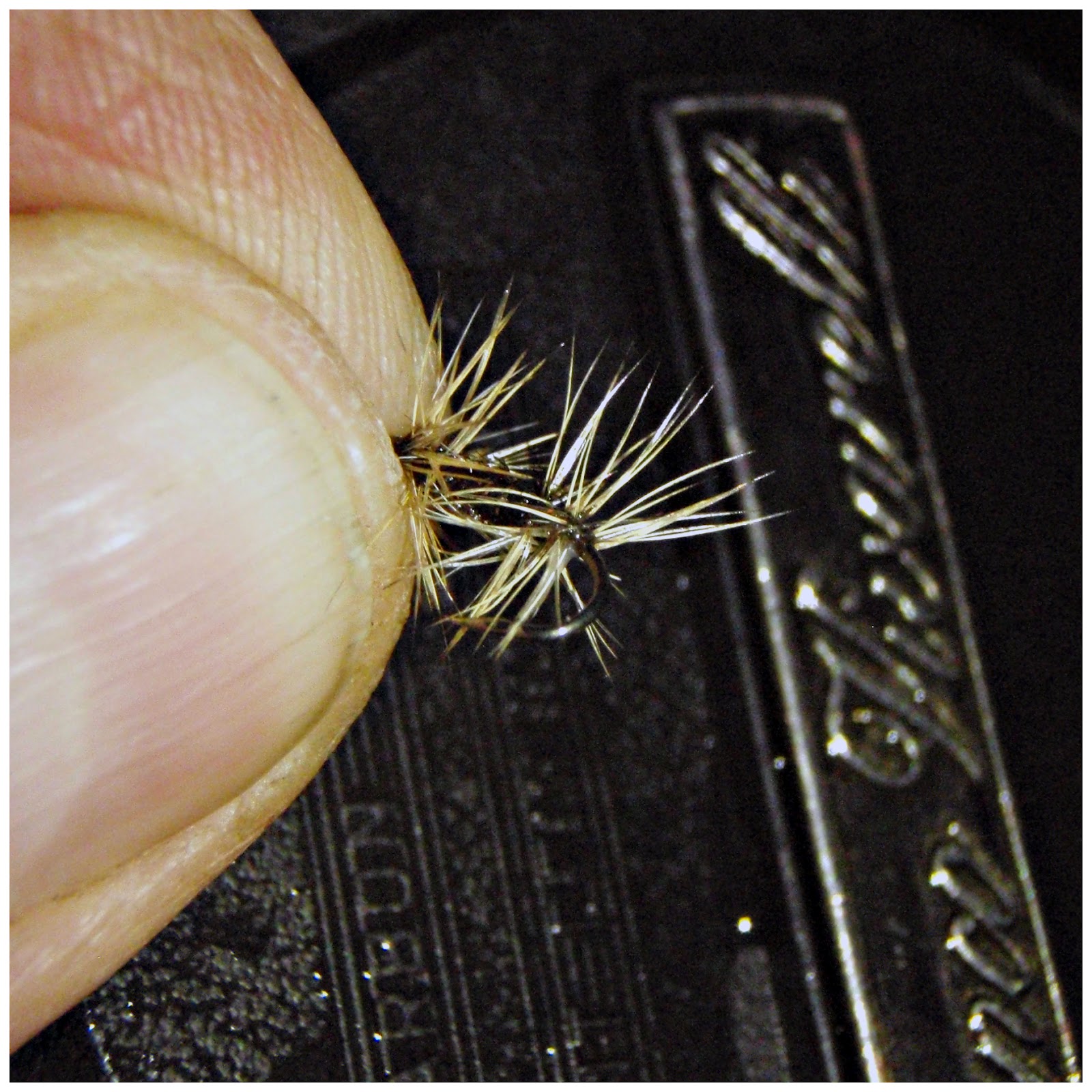 Your faithful correspondent went up river just past halfway, so that Peter would have plenty of undisturbed water to fish.  It was a splendid fishing afternoon.  Some fish seemed to be eating little beige sedge flies and accepted the Double Badger with enthusiasm; then there were those preferring some unidentified olives that ate the Grey Duster with similar gusto, the best of these for your blogger was a brown trout under the near bank about 8 inches from the edge under a tussock of healthy overhanging nettles.  Then, as the wind strengthened and the sky became leaden, the river was suddenly dotted with unfortunate Hawthorne flies that were ditched in the drink by the sudden squalls.  The light was such that the black flies showed up very well and so did the fish when they wolfed them down.  On with Charles Cotton's Black Fly and the Sport continued. 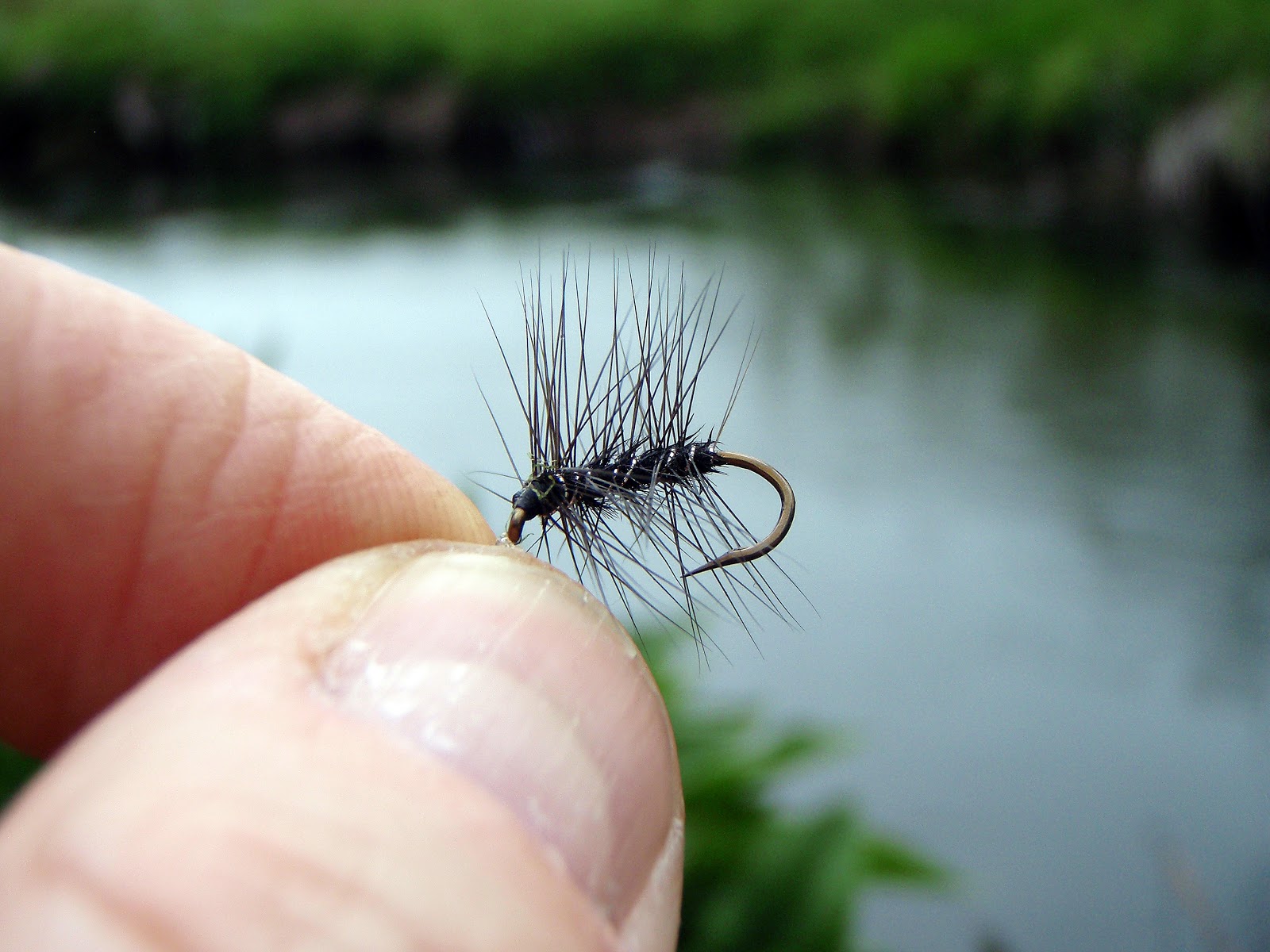 A mobile 'phone call about a crisis at home meant that Peter had to get back so we packed up just before four o'clock, sad to be ending the fishing but happy with the results achieved and the whole occasion of fishing in this special place.  It was good to meet and fish with a kindred soul and we both look forward to some future meeting beside any of these glorious Derbyshire streams.

I later learned that, on other parts of the river, hardly anyone had ventured out to fish yesterday.  Peter's preference meant that we did.  80 percent of our work was done by this decision and we were there to reap the rewards.