There is a delightful tributary of the Derbyshire Wye.  This is the Lathkill.  A limestone spring-fed river.  When the mother river is brown the Lathkill is often still clear, even when running with an extra foot or so of water after very prolongued and heavy rain.  So on Tuesday evening, after work, the Wye still being coloured, Henry and his pal were to be found by the side of these pellucid waters... 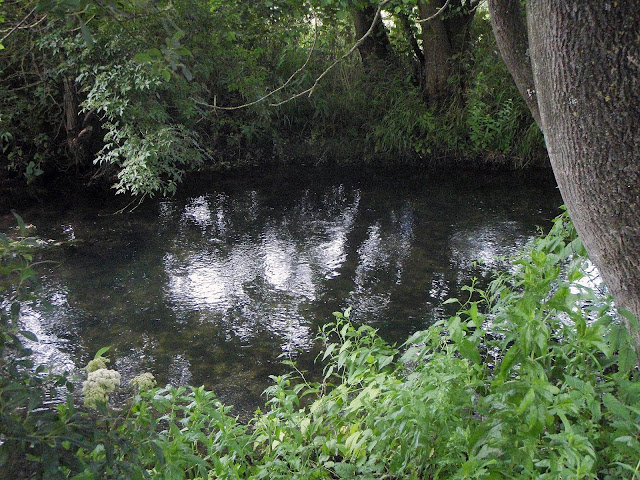 Some of the river is typical of many intimate waters in that there is plenty of cover from which to OBSERVE, stay hidden and STEALTHY and the only extra puzzle is how to get a cast into the right spot to FISH WHERE THE FISH ARE.

Other parts present a completely different set of questions... 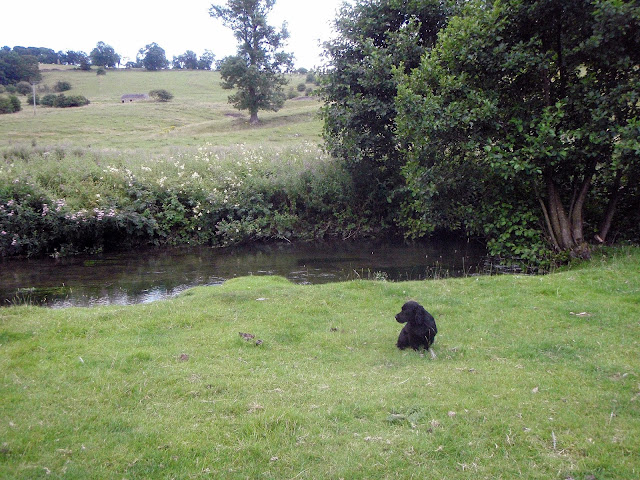 Where the grass is grazed closely like this, the first query is how to OBSERVE rising fish without scaring them.  The remedy is stand well back, Henry is almost too near even for a figure as low to the ground as he is.  "Sit!" was the only way to ensure he scared no fish.

Having seen a rising fish and so discovered WHERE THE FISH ARE it was then necessary to BE STEALTHY to sneak in downstream of the fish and to use what cover there may be, if any, to conceal our intent. 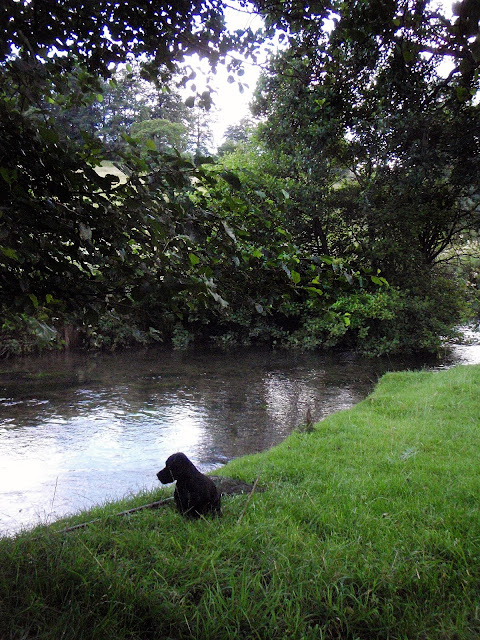 Henry is sitting exactly where his pal had just been kneeling under the overhanging alder leaves.  The rise had been spotted at 30 feet back from the water.  Yes the cast was tricky under the canopy but only one cast was needed.  Thanks to applying those three principles, even though the sheep-shaved bank needed all the preliminaries to be carried out at a safe distance. 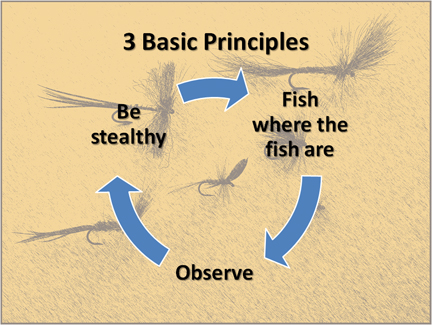