You are well overtaken, Gentlemen,

a Good Morning to you both...

There was a bit of a Compleat (Complete) Angler moment this morning whilst out with Henry to practise some retrieving (and "sits" and "stays" not to mention an urgent "Heel!  You little brute! Heel").  We came across Bernie Maher and one of his lucky clients.  Bernie as well as being a fantastic fisherman (Champion and sometimes England Team member) is a great teacher, as your faithfull blogger knows first hand from his casting lessons.

The quarry they sought were the grayling that are in fine fettle at this time of year in our local rivers.  The Town fish in Bakewell can only be approached when there are few folk around so Bernie and his client were taking full advantage that the place was almost deserted.

After a few moments chatting we parted, each to our allotted tasks.

The ball is thrown a long way and there is a pause for half a minute...

Henry is away like a rocket and soon returns with the ball.

The shout comes from upriver.  The temptation is too much and we both turn and sprint over to see. 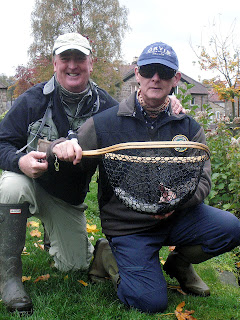 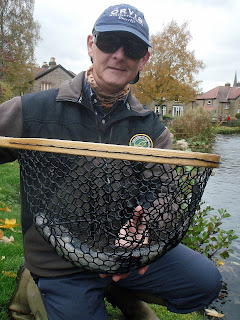 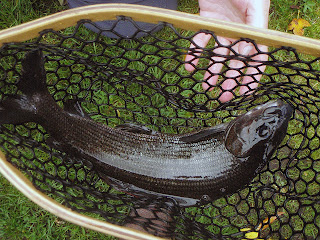 They weren't kidding.  A magnificent male grayling, in dark gunmetal, lay in the bottom of Bernie's ridiculous landing net. 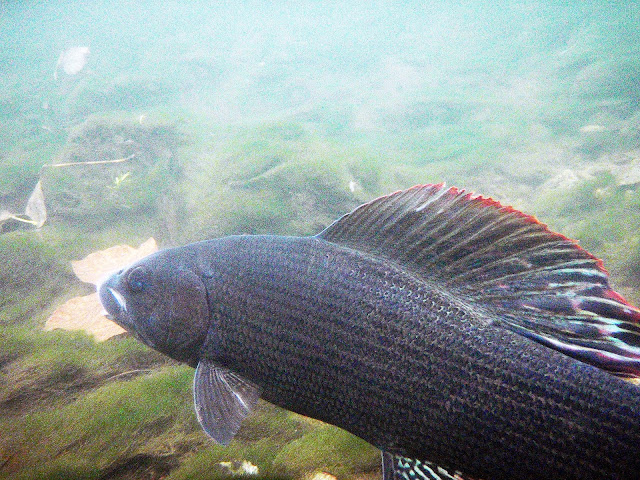 The little camera was where it lives, in the pocket, so some quick snaps were taken and then the beautiful grayling was returned unharmed to the river.  This led to another photo opportunity and here you can see the results above and below for some short attempts at video capture...


Please accept the apologies due for the poor videos but framing was all guess work, done on the knees, at arms length. 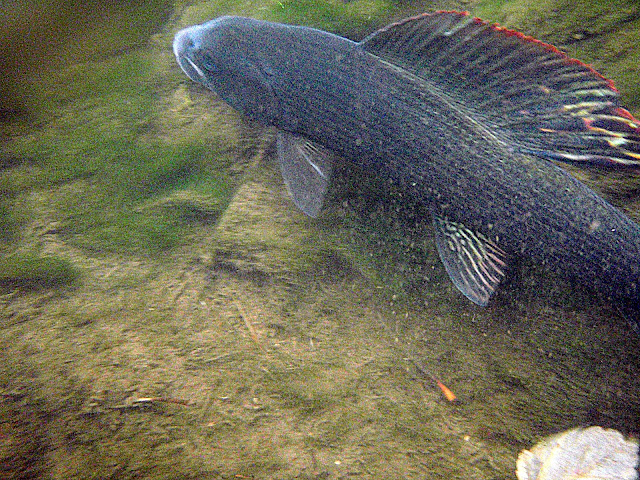 Just look at those colours and markings in the pelvic fin!