Leakage into old mine workings
Unfettered abstraction
A depleted reach
A very severe drought
The river Lathkill, mentioned by Charles Cotton in the Fifth Edition of Izaak Walton's The Complete Angler, is a river in chronic trouble in its higher reaches.  One day the drainage soughs under the old mines might be closed up again.  The law might change and the abstractions curtailed.  The Hydro scheme down river might be abandoned and the water returned to the river.  If that happens then droughts shall cease to be a problem and this little bridge might have water running under it again and fish holding station in front of the supports. 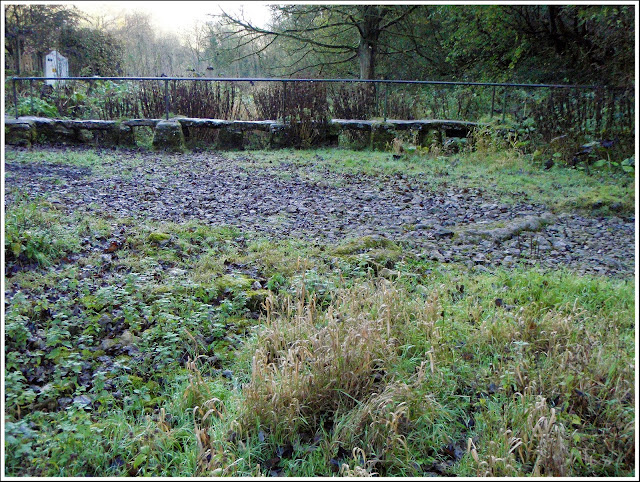 Queen Victoria used to fish here...  It was a fabulous river.  Some parts of it still are.  If we could get the water back into the river and not stolen away before it can do its work, it would be as Charles Cotton knew it in 1676: "by many degrees, the purest and most transparent stream that I ever saw, either at home or abroad; and breeds, 'tis said, the reddest and the best trouts in England"

PS here's the picture that Anonymous sent in with a comment.  It's looking from downriver.  The two figures are standing on that self same bridge!