Here's a nice puzzle from this evening's Sport (between bouts with the hundreds of horseflies that are proving hungry and determined right now). 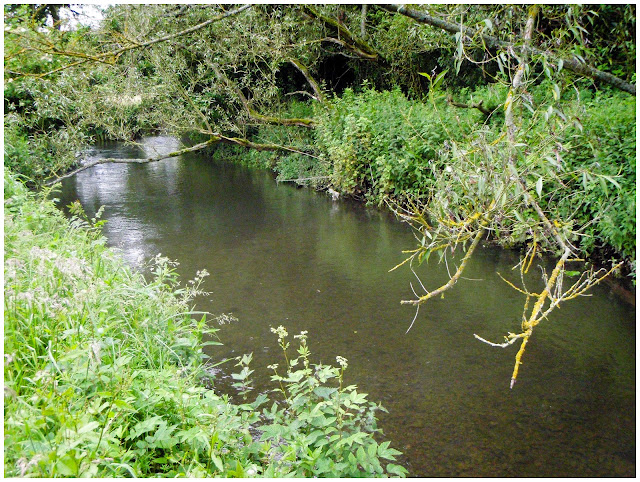 A fish was feeding under the far arched branch of willow in this picture.  Over the water leading up to this feeding station there are two more claw-like, arched branches of willow. 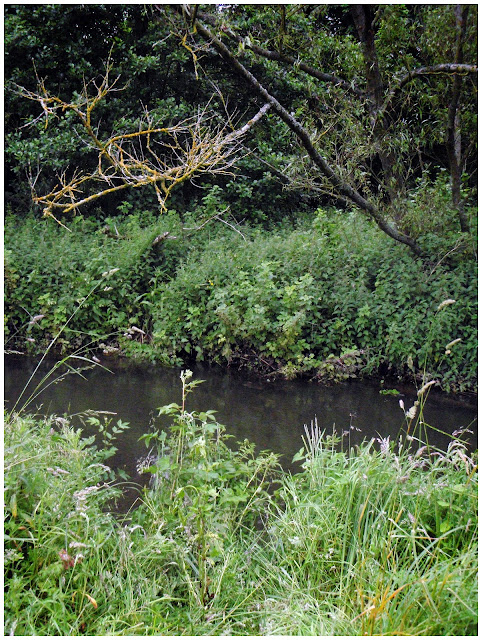 The remedy was to get up close and kneel here under the middle arch so that all the middle obstruction was directly overhead.. 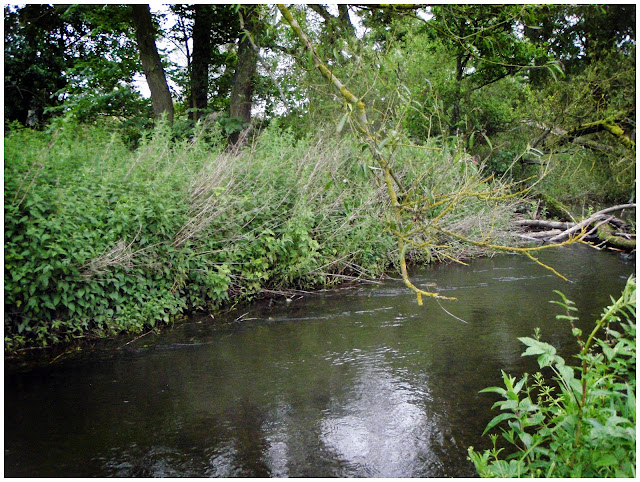 Then side cast with the line a foot or so above the surface so it would pass under the lower arch on the back cast.... 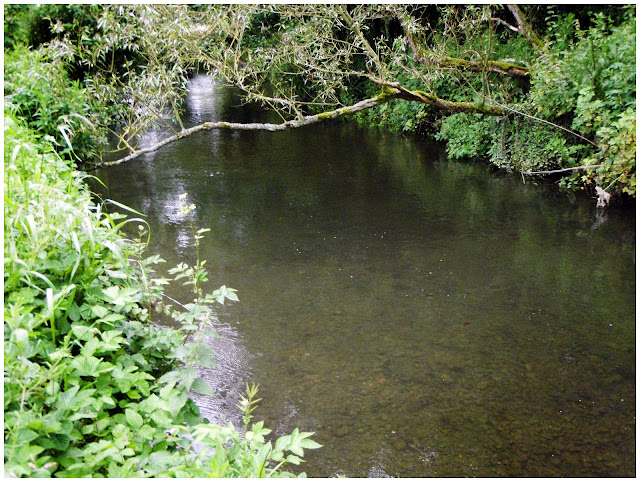 ...and pass under the upper arch to the feeding fish on the forward cast.

The middle arch was simply ignored as the kneeling position right under it meant that as long as the cast was passing under the rear and front arches it was bound to clear the middle arch.

Getting close and hiding in the margin under that middle arch meant, in effect, there were only two obstructions to beware of during the cast.  Of course the middle arch became a nuisance when playing the fish so side strain was used to get the fish into a netting position downstream and away from the danger of tangling the rod top in the willow twigs of the middle arch.


Now we are into summer, the thick and high margins make it as easy as it gets for the angler preferring to hide, up close and personal to the fish.  Hiding like this can solve many of the problems that make long casts to feeding fish in these awkward spots at best impractical, at worst impossible.  Just because it is hot it does not make it okay to eschew the overtrousers.  You will need them for these types of spots where kneeling or sitting in the margin is vital to your success.  (They also keep the horseflies from biting your legs!)

Wishing a very happy Fourth of July to all of you in the USA!