Change is in the air! 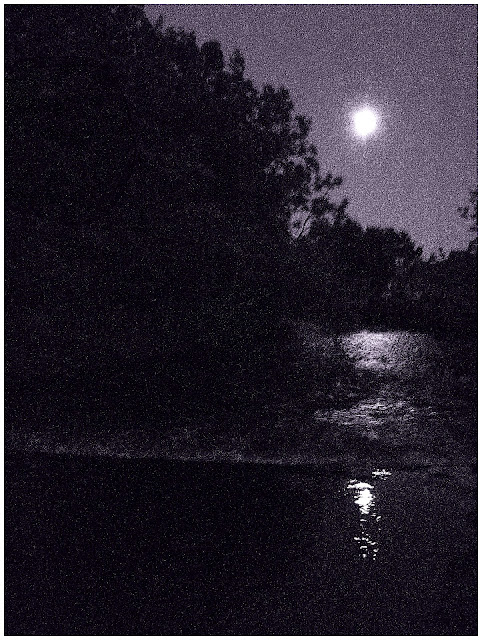 Summer is changing and the late fishing angler has already noticed "the nights are drawing in"!
The Mother river has been hard of late.  The only chance of Sport has been to either fish very early and very late, or, if you must fish in the daytime, to creep very carefully into awkward little places to trick a nice brown trout or two lurking under overhanging branches and foliage right under the bank.  The unusually high water and therefore stronger and more manifold mid-river currents have conspired to make casting into such hidy holes on the opposite banks a very hit and miss affair.  In effect we have had to concentrate on fish right under our noses at the nearside banks.  So short casting was the main tactic, just to be doing something in the daytime until the evenings.

Now it has changed.  The fly life is becoming busy in the daytime again and Sport is a lot easier to obtain.  After work, the angler nipping out for a couple of hours has found 8.30 pm was about the time the spinners would return and the fish lock onto them.  This weekend saw the change occur.  The spinners are coming back at least an hour sooner, in fact it is now probably a couple of hours in advance of what it was 10 days ago.  The downside of this is our Sport is finishing earlier too...

The other indicator of the march of time in the season is the increasing number of fine grayling prepared to rise from the very bottom of the river to take flies, both real and fake...

Last night on the Town water, the spinners and fish were already busy when Henry and I turned out to just grab an hour or so of the tuning in (or grounding the earth lead) that fishing can bestow on the lucky angler.

We were lucky last night with plenty of fine trout and grayling eating the spinners.  We were also lucky that we didn't miss the opportunity because, instead of finishing at 10.30 pm it was all over by 9.20!  Lesson learnt.  Your faithful blogger will be starting his evening forays a lot earlier and will soon simply be fishing right through the day and the hours of Sport on those days will be getting less and less spread out.

There are only 61 days of trout season left!