Opening day was hard this year.  A week earlier and there were flies everywhere in the unseasonally warm weather.  Come opening day and the temperature had fallen by 15 degrees (Celsius).  The bright sunshine simply served to make things awkward for the angler as the slightest movement was noticed by the fish.  At one stage I was actually giving myself a severe dressing down for clumsiness.  I'd simply been too keen to cast.  My excuse was that as it was Palm Sunday I had been unable to get to the river until just after one o'clock and I would have to leave at four to let me get cleaned up and over to Chesterfield in time to sing Evensong under the inside of that famous crooked spire.

Practicing what I preach soon had things a little more under control and the nearly three hours afforded a little Sport, one fish was all I wanted for the first day of the season - just so I would not be "watterlicked" (in the USA I believe the expression is "skunked"). 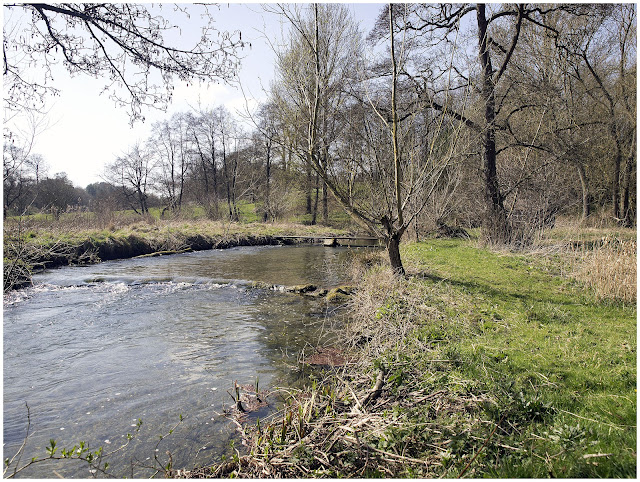 Sitting and watching the river paid dividends as one or two Large Dark Olives put in an appearance and so I changed fly from the old stand-by Double Badger to a Kite's Imperial on a size 14 hook.  All I needed then was a rising fish.  By four o'clock I'd found three rising fish and succeeded with two of them.  So happiness was the inevitable result.

During my sneakings about, which were incredibly difficult to do without scaring the fish, I found a couple of wonderful strongholds, each with its owner on station but both just about impregnable. 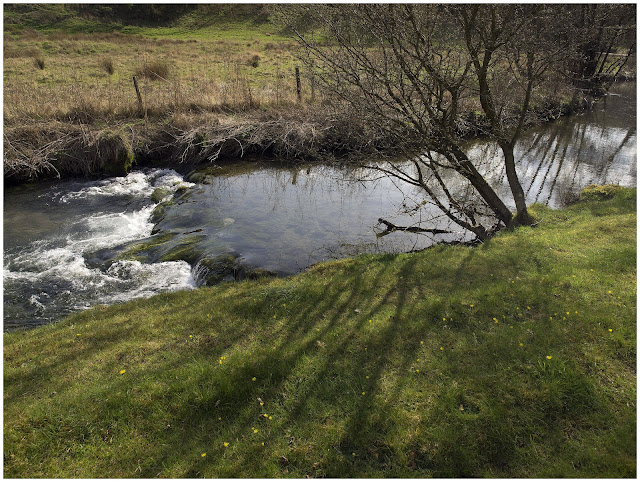 Have a peep at this spot.  An old cobble weir immediately downstream of the holding station.  Lots of food channelled to the waiting brown trout.  Cast from downstream and the leader will immediately be dragged over the little weir.  Upstream there is a bush so trotting a dry fly down to the fish is also not a proposition. 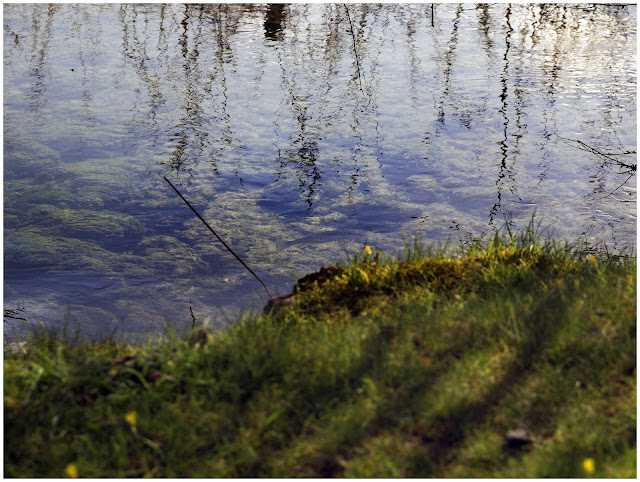 A dead stalk is right over the spot where a close approach would find the cast landing and with no cover for the angler at this time of the year the trout would see me and be gone.  The most sensible thing to do was take a picture or two, doff the hat in congratulation to the fish and move on upstream to continue the search...

Moving upstream I came across this lovely brown trout under all these branches.  Later this year there will be leaves on the branches and maybe a chance for the angler to lurk without detection and get a cast in there... 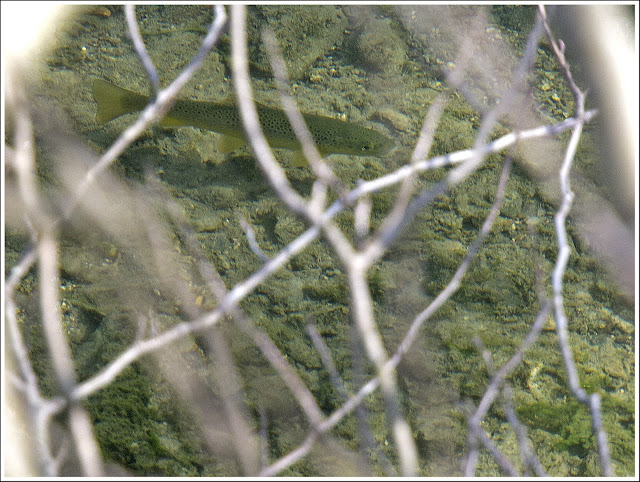 On uploading and processing the pictures imagine the surprise of finding that the fish seemed to be keeping company with what looks like a medieval statue of a Saint in a monk's habit!  Can you spot it in the gravel?