Arrived at the water and begun fishing, the rewards of our glorious sport soon became manifest.  The fish had taken a second remove at their dining by almost instantly changing over to snaffling newly appeared Iron Blue Dun, in preference to the Drake which were still fluttering about.  One wild brown trout had such a remarkably coloured adipose fin that a photograph just had to be made for a memento, before moving on. 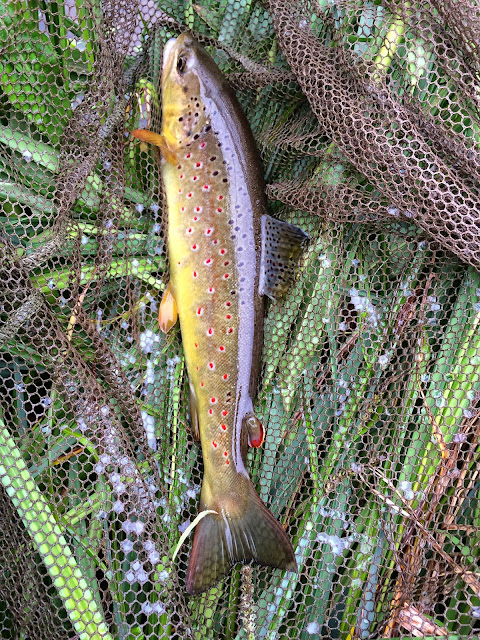 Sport was brisk with a fish being caught at every station attempted.  Wondering over the little bridge that links the right bank onto Ogden Island and making for a favourite place to peep through a gap in the fleur-de-lys in the search for rising trout, something was noticed that meant fishing would have to stop for half an hour or so.

Some of you may be aware that the British Isles are infested with Invasive Non-Native Species (INNS).  Among the foremost of these is Himalayan Balsam.  You may recall this previous blogpost about it. We anglers have a duty to prevent this stuff spreading.  We can do this by ensuring we don't become vectors of its seeds AND by pulling it up when and where we find it.  It is our DUTY. 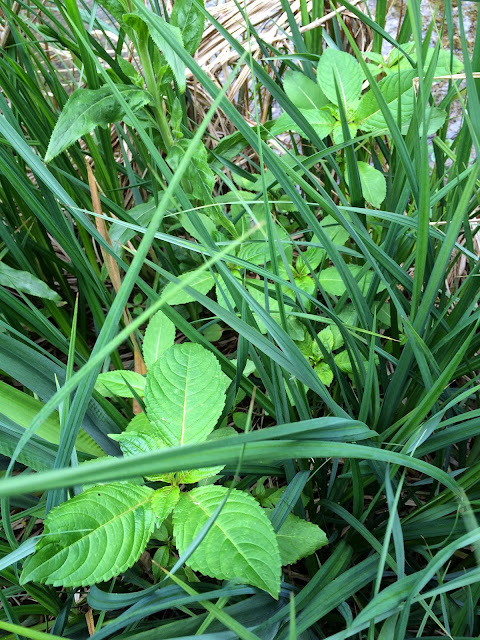 Here are the plants growing. 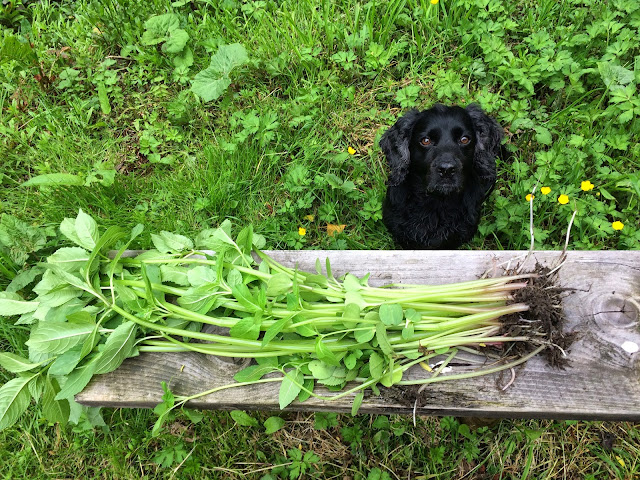 Here they are after pulling and being left with roots exposed for the sun to kill them.

If you find Himalayan Balsam where you fish, do yourself a favour by pulling as much as you can before it flowers and starts pinging seeds all over.  One plant can have several hundred "children" so do your Duty, please...