If you ever get the chance to become a tenant or even an owner of some nice fishing water, it is highly recommended that you find the money somehow and take it on.  Today in Duck Holds Wood, only three furlongs long but big and meandering so you never feel restricted, being alone with Henry was especially joyful.

The dry fly fishing here is very good.  Monsters are rare but the numbers of "lesser" fish are such that, now May is with us properly, one couldn't imagine failing to catch a few nice wild brown and wild rainbow trout.  Whilst setting up the rod a drake landed on Henry's head for an instant.  Your blogger took the hint and put on a Hair Winged Mayfly (HWM) to begin proceedings. 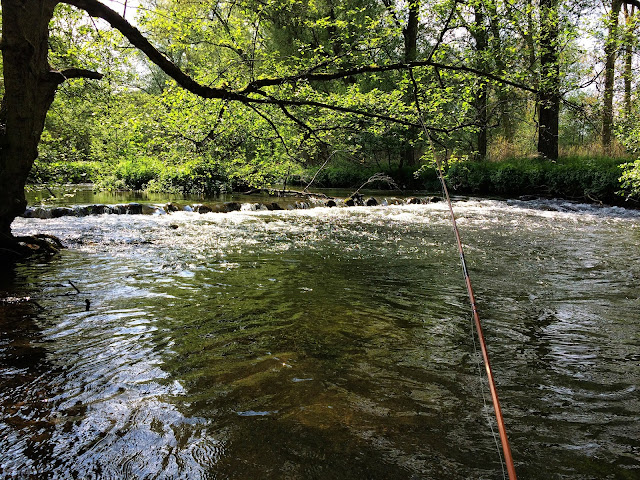 Seated on a silted gravel bed, peering contre jour up river at the Bridge Weir Pool it was clear that mayflies were coming off the water and some were being eaten by the trout.  First cast proved the fly was a good choice and here was this year's first fish on the mayfly for your faithful correspondent. 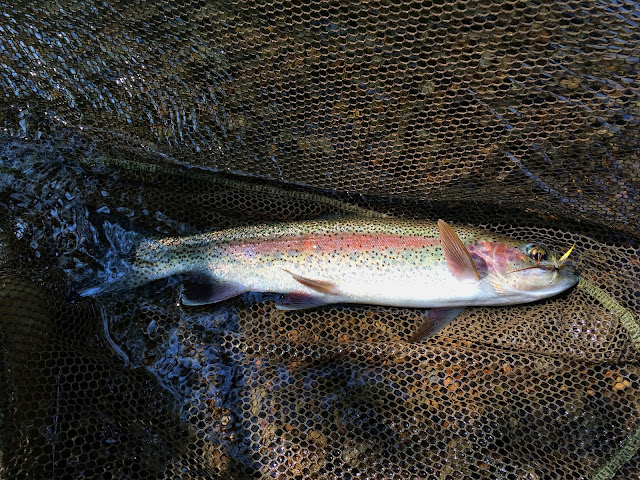 Not a monster but perfect nonetheless and a joy to behold.  Henry was his usual concerned self that the fish had "escaped" mysteriously after it had clearly been safely trapped in the net.  "How and why does this happen every time?" he must wonder...

The only "skills" needed today were stealth, some quiet, contemplative observation and a few careful casts to "where the fish are". 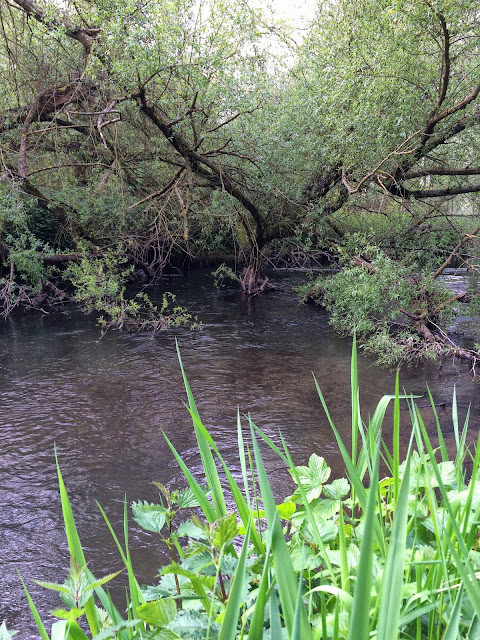 There was one fish, however, that defied all attempts to trick it.  Its lair was so well protected by clawing fingers of vegetation that every cast missed completely or was momentarily caught up in the twigs above.  Never mind, it was great to see a boss fish in a boss place.  Next time I will remember the camera and a polarizing filter.  The telephone, although remarkable for a 'phone, is just not as capable as a good camera would have been, 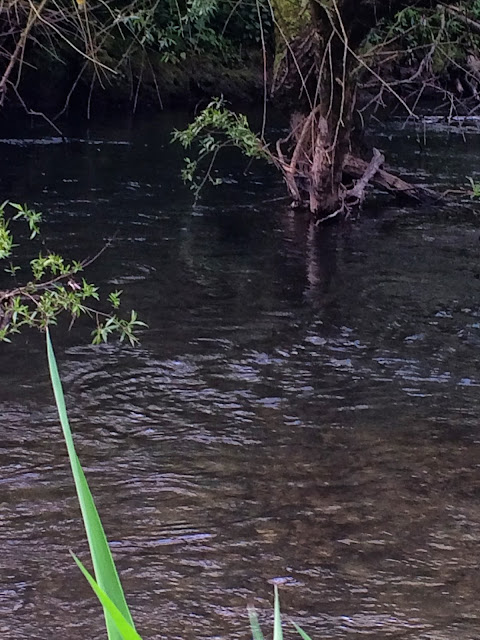 Don't let anything get in the way of your fishing in the next four or five weeks!