The season really is three weeks behind its usual self for development.  Fly life is still at April proportions. All is not lost though.  We still manage to trick a fish or two in most Aprils so there is sport to be enjoyed although not yet at the volume we normally expect in the second week of May. 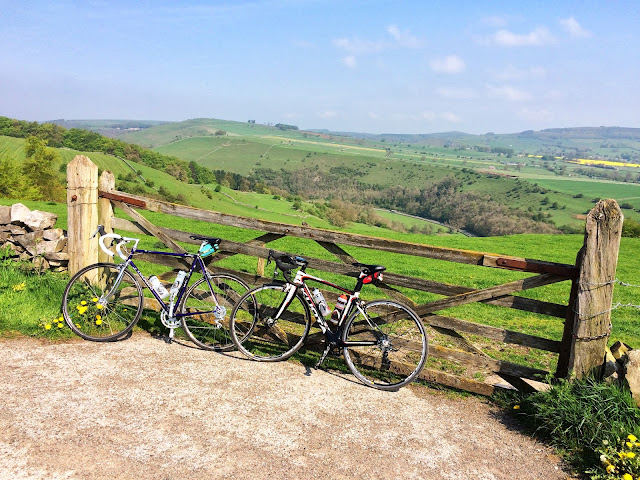 Today was almost perfect for your faithful blogger.  The morning was spent cycling with a good friend and the afternoon was spent dry fly fishing with another good friend, Henry. 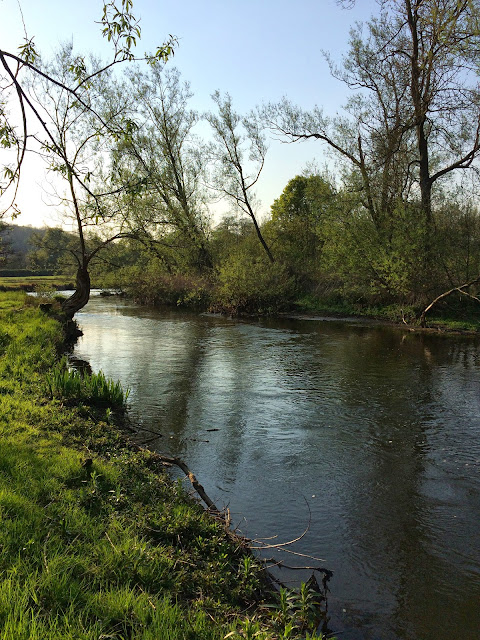 Hawthorn flies are around and in the brisk winds, some are being ditched in the drink and the trout are waking up to these shiny black victuals. 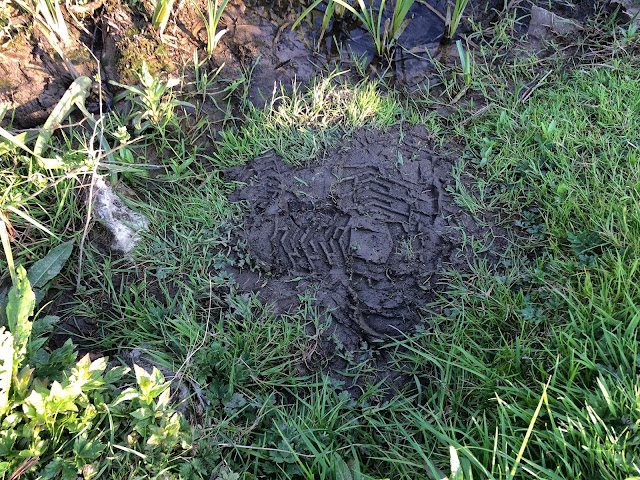 One spot that is always worth a look had been visited already this day.  Judging by the footprints I believe the angler had stood up to fish.  So... it seemed worth trying the place again but fishing it as you would expect.

The sun was ready to cast a shadow just where it was not wanted so stealth was used to creep unseen by the fish into position and SIT DOWN.  The rises were observed and so it was a simple matter to fish where the fish are and catch a couple. 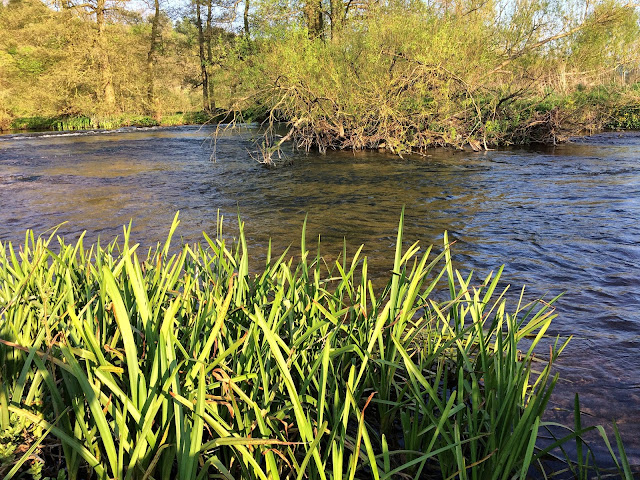 A lovely day all round and it will get better over the next couple of weeks.  The season will catch up with itself.  It always does.