The rain had been so heavy that the Club's breakfast morning in the Baden Powell Fishing Hut was cancelled.  30 motor cars stuck in the mud would have been dreadful, not to mention the wrath of the tenant farmer for the destruction of his pasture land! 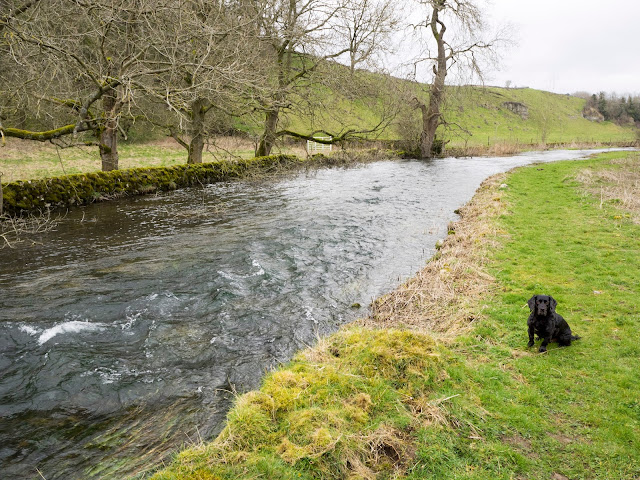 Instead it was breakfast at home and then out to a lovely tributary of the mother river.  This little river is a pure limestone spring-fed river, the only one in England.  As you can see from these snaps, the water is as clear as gin.  The trout can see you from a distance.  Stealth is even more vital here than it is on the mother river, the Derbyshire Wye.  Scare a trout on the Wye and you ruin your chances in that pool for quite a while.  Scare a trout in this tributary and you can ruin your chances for a hundred yards or more and for an even longer time. These trout are beautiful, well fed creatures with gold and red bejewelled skins.  They make it worth the angler's while to be very careful and very stealthy in the approach.

Henry was delighted to be helping with the fishing again and seemed to know in advance exactly where we were going to sit.  He did move over to let your correspondent get in position but only after hissed instructions to "Budge Up!". 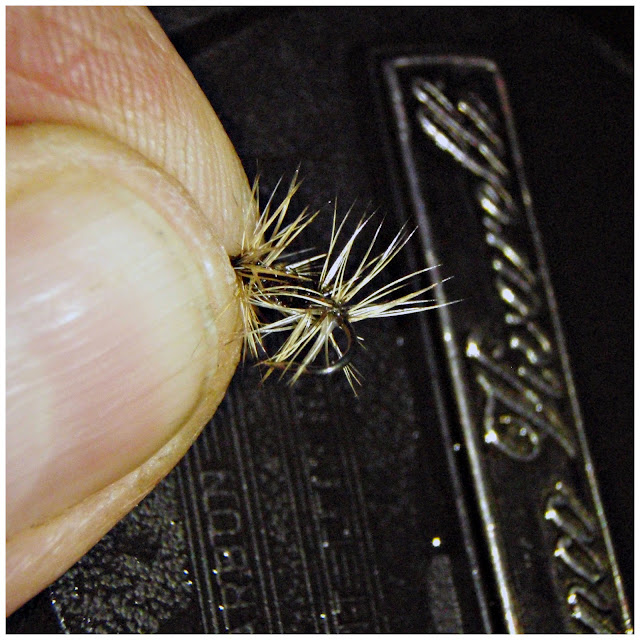 The plan was to stop fishing once six had been caught (and released).  It was a good plan, which kept us on the move, catching only one fish at each place we decided to fish.  The first fish was caught by prospecting with a likely fly, the Double Badger.  The Double Badger works well when Large Dark Olives are on the water and as these flies were expected to show up at any time, the Double Badger was put on (and kept on). 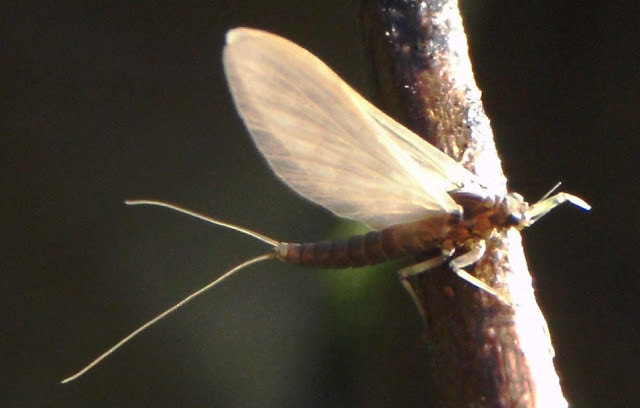 The Large Dark Olives duly appeared shortly after the second fish was returned.  This made finding and catching the last four a lot easier... 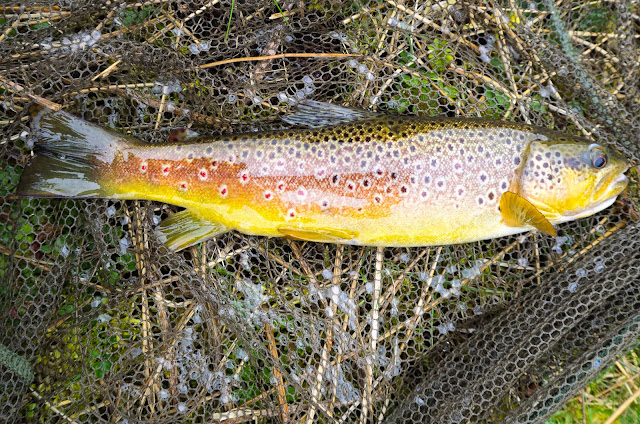 This trout was the fifth caught.  It had a large leech on it, which was removed immediately, after all, one good turn deserves another!  A healed hole was evident on its right upper body just below and in front of the dorsal fin.  The heron will have missed a meal a few months ago and this trout will get to pass on its survivor genes to its progeny, if it can keep out of harm's way until Christmas!  The markings are very distinct so an ID photograph was made.  It will be easy to recognise if caught again.

It would have been easy to give All Fool's Day a miss but this happy angler was glad that the effort was made.  The reward was better than any chocolate egg could ever be! 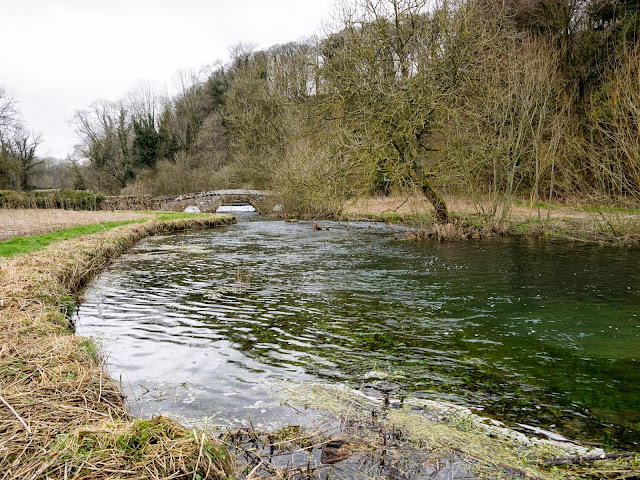 Did you all celebrate Easter this year with a spot of fishing?