No dry fly content at all in this post.  Today is when your faithful blogger likes to do a little bit of coarse fishing ("coarse" is a silly name we English give to fish without an adipose fin).  This morning I went back to basics to recall some of the joys of my first day fishing properly with a rod and a reel on the 16th June 1956.  The intention was to take some bread and a few compost worms to a little pond, set up tackle from the 1950's (apart from a modern, fish-friendly, landing net), fish as my Grandad taught me and try to catch a roach and a perch. 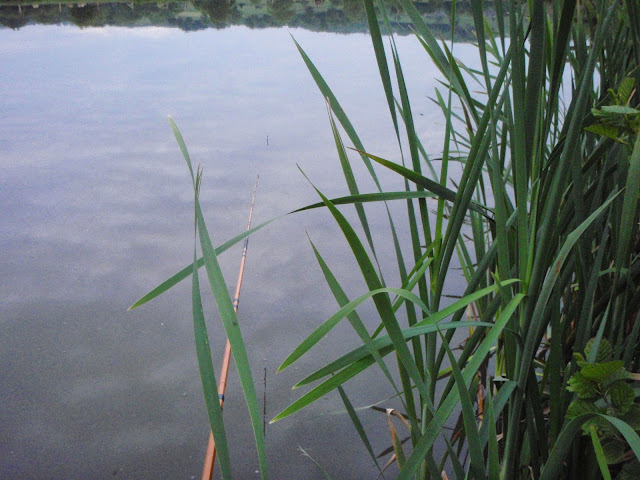 At 03.50 the light was just enough to set up the tackle.  A few morsels of white bread were torn from a slice and gently tossed in, near the reeds.  The float, home-made of course like Grandad used to make from a feather quill, was set to water depth with a plummet.  The hook was baited with a flake of the bread then a gentle cast was swung out, so the float settled close to the reeds.  In seconds it disappeared and a bream was soon skimming its way to the net.  Out again with fresh bread flake and away went the float.  This time a roach...  Out again...  The process carried on for a couple of happy hours with the catch alternating between bream and roach. 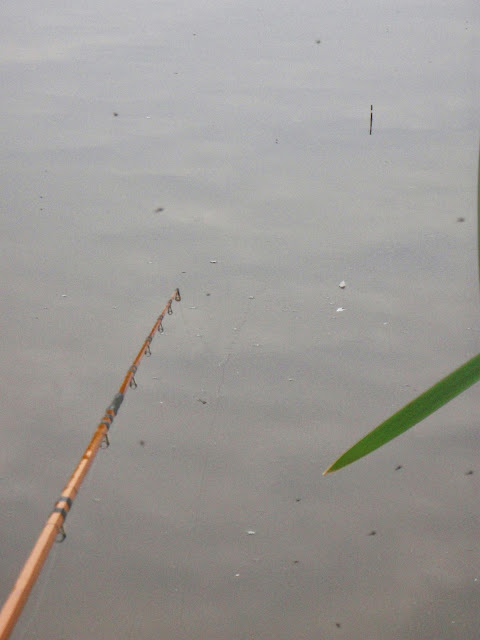 The bread was substituted by a red worm.  I really did like the idea of catching a little stripy perch... 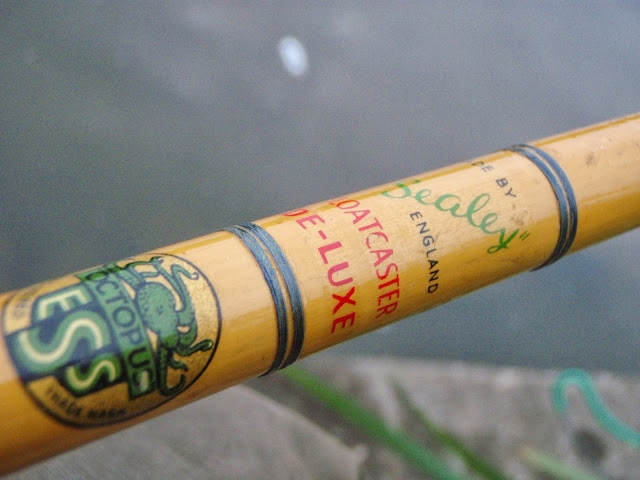 Plenty of bream and roach and then, just before it was time to go, there was an almighty S-U-C-K just a yard in front of my feet.  Although startled my eye was quick enough to see a mirror carp sinking away out of sight for a moment and then up it came again to repeat the loud S-U-C-K as it slurped another piece of bread crust that I had carelessly allowed to fall on the water in front of me.

In came the float and end tackle.  The shots were moved up out of the way.  A piece of crust the size of a postage stamp was quickly put on the hook.  The line was reeled in short and the crust was floated on the water, right under the rod top.


Up came the carp.  It examined the crust and sank down out of sight again.  It came back!  With another loud S-U-C-K it made the mistake I was looking for...  A few minutes later, after some strong, reel-screaming runs that hooped the ancient cane rod over into a very satisfying arc, it was safely in the long-handled landing net.  Quite a treat and a completely unexpected reward. 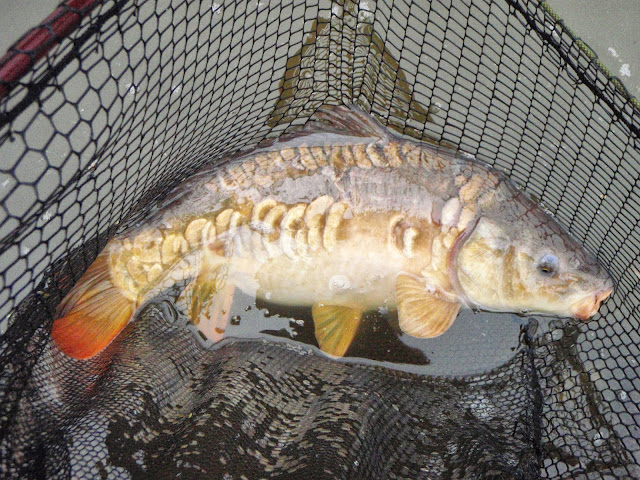 Nostalgia can be sickly sweet but this morning it didn't seem to be out of place.  Grandad is still owed a massive debt of gratitude for the introduction to angling with all its mysteries and joys...