In April 2011 we considered a spot on the local river, the Derbyshire Wye, which had fish rising all over it at 05:33 that morning. 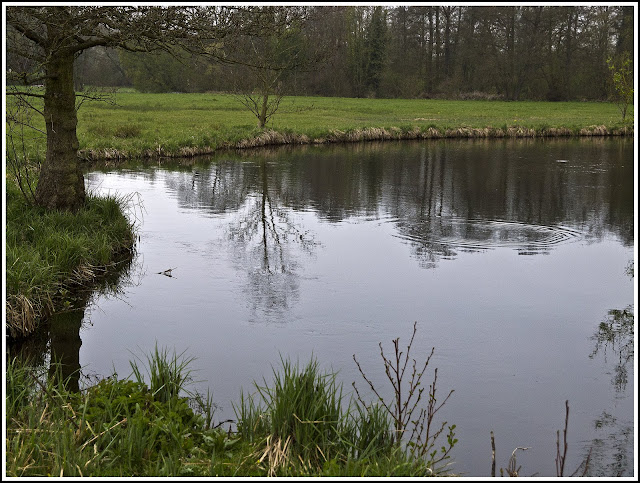 One comment came from someone who knew the river well enough to take this view: "I would be disappointed not to see rises in those two locations on News Year day, at dawn never mind a mild spring morn, as it was here in Herefordshire."

Yesterday morning he would have been disappointed.

By Gum!   It was cold.  Too cold for even the Large Dark Olive or the Iron Blue Dun to show themselves.  Your faithful blogger, however, was not so disappointed, having a tripod in hand, instead of a rod, and in the bag was a camera and its customary impedimenta. 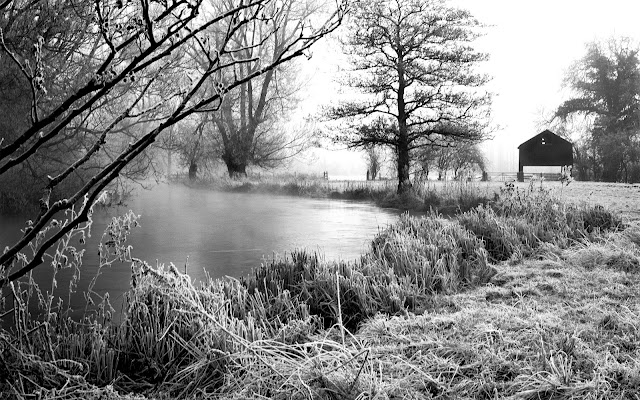 Here is a downstream view from beside that alder sapling reflected in the photograph from 2011.  Even with no fish showing, there is still only one word to describe the river - beautiful!