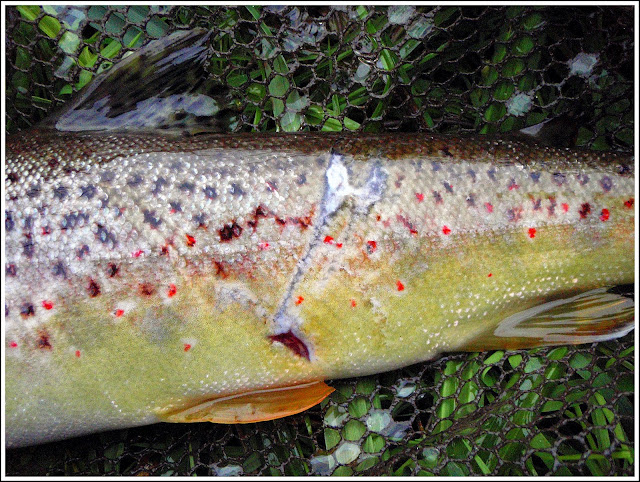 Rightly or wrongly your faithful correspondent has been interfering with Nature again.  The only defence is that the injury to this English fish is NOT natural.  The perpetrator was an alien species to these islands and just because this alien is feathered, very beautiful in appearance, can be watched with binoculars and ticked off in some birdspotting book, it is deemed acceptable for this native species to be injured in this way (on both sides of its body).

The hole where the hooked sawbill has dug right through the skin and flesh almost to the stomach cavity is particularly severe.  Nevertheless, the fish was feeding hard (it damn well needs to now), so was easily tricked by the PPS .  A good dribble of Nash Medicarp Ultra on both sides, making sure there was a particularly thick coating on the deep cut, and this wild brown trout with the "lucky" genes was soon on its way back to take its chances, which, hopefully, might have been improved after its encounter tonight with another predator, Homo sapiens sapiens (the "innocent" predator). 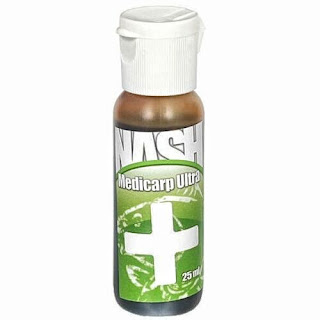