Keepers can be pulled in all directions sometimes.  Here there is some coppicing to be done.  The land is council owned and the setting is urban.  It is part of the seven and a half miles that make up the fantastic, dry fly fishery on the Haddon Estate, fished by the members of the Peacock Fly Fishing Club and the lucky day ticket holders alike. 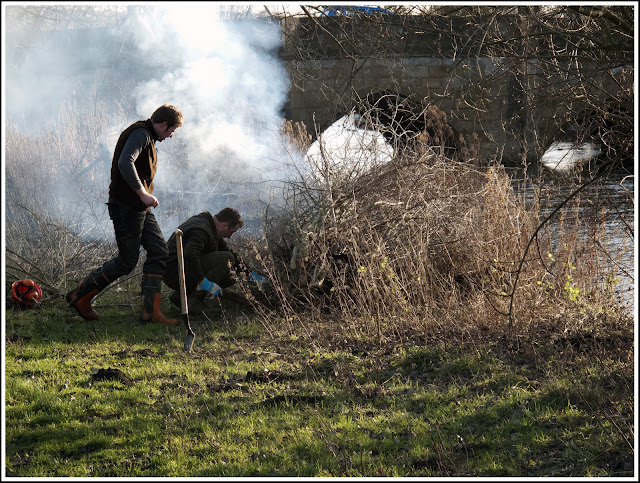 If the work was being done on one of the parts of the fishery where the land is owned by the Estate then this fire would not be lit.  The brash would be laid in special, elongated piles in a loose thatch.  Such a structure is simply known as a "Beetle Bank".  I have some in Duck Holds Wood.  They break down slowly and provide great habitat for beetles and their larvae, this brings the wrens, dunnocks, robins and other insectivorous birds to feed here. 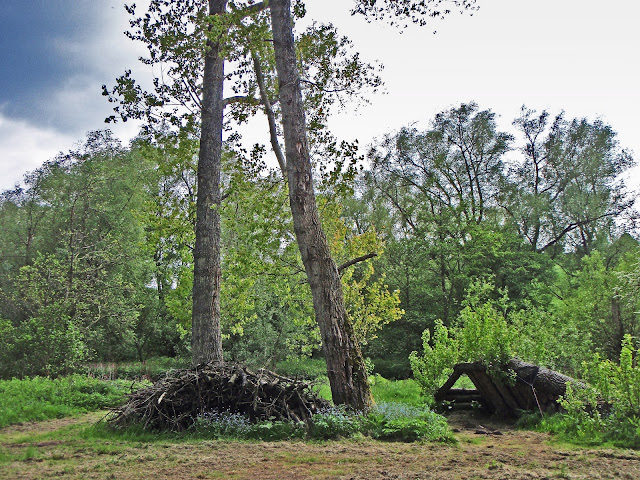 There is one Beetle Bank near where I sling my hammock in high summer.  I doze off. Wake up and there in the Beetle Bank I can watch a wren picking his way carefully through the juicy delights that live there and then he flits up to the top of the brash and sings his head off in stout proclamation that all this is his, all the females hereabouts are his, all the territory around this bounteous castle are his and don't anyone forget it...

Not here though.  It's a popular walk and folks like to see everything neat and tidy.  They wouldn't recognise the value of a Beetle Bank.  There would be complaints about the place looking untidy.  So the keepers are requested to burn up the brash even though as green wood it will take some getting going.  The turf has been cut away and carefully stored.  When the burning is over all will be cleared up and made tidy and the turf relaid leaving no sign that there had ever been a fire there. 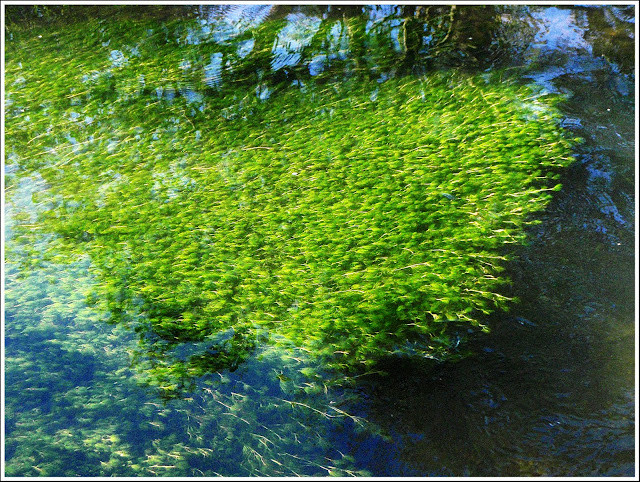 Still there will be light on the river bed and the Ranunculus fluitans can regain ascendancy  like it has just here.

The river and its inhabitants will benefit and so, therefore, will we!